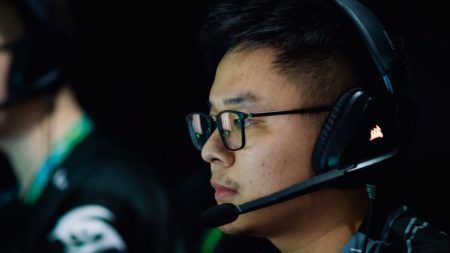 After four years of being part of one of Dota 2’s biggest teams, mid-laner Yeik “MidOne” Nai Zheng has finally parted ways with Team Secret. The announcement was made on Team Secret’s official Twitter account.

The departure of MidOne developed from his decision to take an “extended break” around two months ago. His last run with Team Secret was at the ONE Esports Dota 2 World Pro Invitational, where he appeared as a substitute for Yazied “YapzOr” Jaradat.

As for MidOne’s legacy in Secret, the Malaysian player has had a bolstering effect on the team. In his four years, MidOne helped conquer three Dota 2 Majors: The Shanghai Major 2016, The Chongqing Major 2019, and the MDL Disneyland Paris Major 2019.

As for appearances in The International, MidOne and his teammates inched closer and closer to first place, but never finished their runs as champions. Team Secret came closest to gold just this year at TI9, finishing the tournament in fourth place.

Although it may be a sad departure for both parties, Team Secret can now fully utilize both Lasse “Matumbaman” Urpalainen and Michal “Nisha” Jankowski in their respective positions. Although the future is still up in the air for MidOne, the mid-laner is bound to join another championship-tier team with his incredible track record.