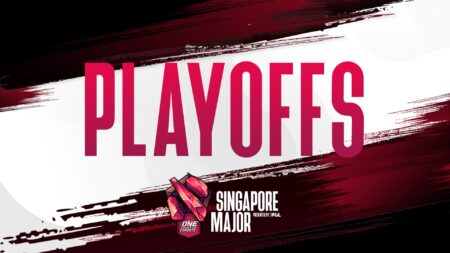 Today, five new teams start their journey here at the Singapore Major, although some of those stays might be quite short.

Like the Group Stage, this was meant to be six teams – but beastcoast, unfortunately, had to pull out due to a possible COVID exposure.

Unlike the Group Stage, none of these teams will be playing with stand-ins – so no excuses from them on that front!

First on this list and first on many people’s world rankings are Team Secret. Pre-lockdown they won The Leipzig Major (DreamLeague Season 13) and during the lockdown they dominated EU and CIS winning eight tournaments in a row with a 3-0 cleansweep in every finals.

In the build-up to this major the biggest question was how they would match up against the best that China has to offer, although with the underwhelming results from the other EU/CIS teams so far this does put a tiny bit of doubt in people’s minds as to how meaningful their regional dominance was.

Analysts and fans alike have been somewhat pessimistic on Fnatic. In defiance of this, they won their region and did so with a slick 13-4 record.

Coached by former Team Secret coach Sunbhie and featuring four extremely experienced SEA players (Masaros is the only one who doesn’t have 900+ pro games), the elements of a successful team are all just waiting to click into place.

It’s been five weeks since their last game – plenty of time to fix any issues, although the other SEA teams have had mixed results: T1 went out in the wildcards, and Neon bounced back to narrowly avoid elimination in the group stage.

A milestone is coming up for DJ: in his series vs EG, he will be playing his 1068th game under the Fnatic banner – meaning his career with them will become the 11th biggest a player has had for a single team.

Winning Season 1 of the Chinese DPC seemed like a laudable achievement at the time, but now that other Chinese teams have performed so well (the other three of them at the Major have all made the playoffs), it seems Invictus Gaming stocks are skyrocketing.

Interesting to note is their support pool overlap: 5 heroes have been played by both their supports kaka & Oli this season (out of kaka’s 11 unique heroes and Oli’s 16) – which allows them extra flexibility even when drafting an obvious support hero.

The only scary thing for them is their playoffs pairing: Vici Gaming, a team very familiar with their style of play.

Virtus.Pro must be watching the successful and aggressive antics of Thunder Predator and licking their lips. In their regional play they dismantled NoTechies in 15:30 (7th fastest of the patch out of all pro matches) and dominated their region 14-1, the best record for any team in their regular season.

They also took the fastest tier 1 tower in the region (6:35 into a game against Team Spirit), showing their snowball starts rolling early.

They’re a very young team (DM is their oldest at 21, the rest are 18/19), led by a captain (Save-) who people have touted as a future TI winning captain just waiting to happen.

Evil Geniuses started the DPC Season campaign slowly – dropping games to 4 Zoomers and sad boys. Some amount of chaos was to be expected, especially since their offlaner iceiceice joined the team just days before the DPC kicked off and had limited practice time with them.

In many early games they felt lost, struggling to find cohesion as a team. Iceiceice, a player who is normally super confident and skillful (and incessant trolling) was no longer outplaying the enemy – he was feeding harder than ever before (in his Legion Commander game especially!).

Importantly for EG  they didn’t lose any series until week 5 against an undefeated Quincy Crew. This was a road bump they were able to overcome as Quincy dropped a game vs Undying, forcing a 3-way tiebreaker in which EG were able to redeem themselves. The team looked slicker every game of the final two weeks of the regular season – to the point that confidence in them was massively restored.

One interesting uncertainty is how much EG will prioritize Abed’s hero pick in the draft – for most of the season he was being dished out whatever first-phase options were available – a challenge to the enemy teams to try to crush his revealed hero. Very few were close to successful, and if he’s given later draft priority and a favorable lane then his explosive playstyle could be the difference-maker for EG.