OG’s new roster is set to make their DPC debut at the ESL One Los Angeles European Open Qualifier. 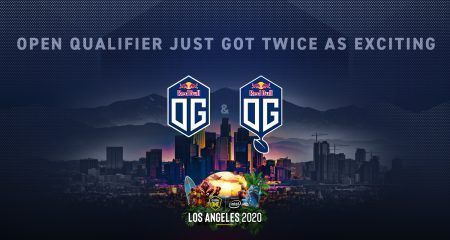 Two-time The International champions, OG, have announced that both of their Dota 2 teams will be participating in the ESL One Los Angeles Major European open qualifier.

OG recently finalized their main team roster with the addition of Sumail “Sumail” Hassan, Yiek Nai “MidOne” Zheng, and Martin “Saksa” Sazdov to the main roster. This is the first time the newly announced main OG squad will be playing together. These will also be their first official 2019-2020 DPC matches for the season.

Meanwhile, OG’s secondary Dota 2 squad in OG Seed will be participating in their second DPC qualifier event. They were previously eliminated from the DreamLeague Season 13 European Open Qualifier by Nigma, who then went on to win the WePlay! Bukovel Minor.

The ESL One Los Angeles 2020 European Open Qualifier is a single-elimination tournament with mostly best-of-one matches. The only best-of-three matches will be the Finals.

The European Open Qualifiers will be played online and are set to take place on February 7-8.