Dreamocel is always looking to learn and improve whilst competing against the best teams in Southeast Asia. 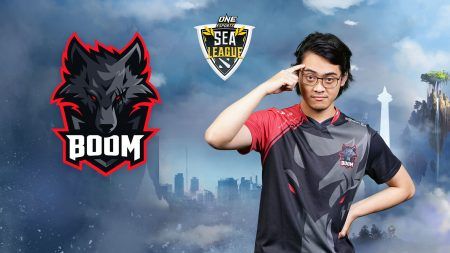 BOOM Esports is considered the best Dota 2 squad from Indonesia, and is one of the main contenders participating in the ONE Esports Dota 2 SEA League tournament. The group has vastly improved since the start of the 2020 Dota 2 season, and has competed against the best esports organizations in Southeast Asia.

ONE Esports was able to discuss with BOOM Esports’ hard carry player, Randy “Dreamocel” Sapoetra on what inspired the team’s newfound success.

“I think it’s because of the addition of our new coach, Aaron “Clairvoyance” Kim. He’s the ex-coach [of Alliance from the StarLadder Dota 2 Minor Minor]. And he’s pretty good at drafting and helping us in the mid-game, and [with] playing fast.”

When asked about which teams they were looking forward to going up against in the ONE Esports Dota 2 SEA League tournament, Dreamocel named Fnatic because of how he loves to play against them: “It’s always a learning experience for us. But we do treat all teams the same [way]. There’s no handicap or [anything].

Dreamocel continued by saying that, as BOOM Esports’ safe lane player, he loves going up against Daryl Koh “iceiceice” Pei Xiang, because “there [are] always little things you can pick up on when playing against him.”

Dreamcel also opened up about the current state of competitive Dota 2 and how it’s been affected by the COVID-19 pandemic. “Playing [primarily] online is really different [because of] the atmosphere,” he explained, “it’s 50-50. On [one] hand, we’re happy because we rest [at home]. But, on the other hand, there are no major LAN [events] where everything is on the line.”

Regarding BOOM Esports’ rigorous tournament schedule, the team doesn’t really have much time to practice, he said. “The team needs to work efficiently to watch replays and try new heroes for the tournament. Also, there is no space for us to rest, even [for] a while.

READ MORE: T1’s inYourdreaM: ‘I have three teams on my list: Fnatic, BOOM Esports, and Adroit’