T1’s inYourdreaM: ‘I have three teams on my list: Fnatic, BOOM Esports, and Adroit’

InYourdreaM and T1 are eager to prove themselves against the best that Southeast Asia has to offer here in the ONE Esports Dota 2 SEA League. 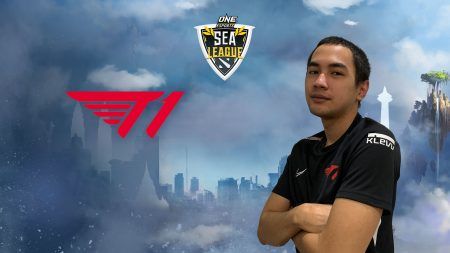 The ONE Esports Dota 2 SEA League is the biggest tournament that the T1 Dota 2 squad has competed in thus far, as the young squad is looking to prove itself against the best teams in Southeast Asia.

But when ONE Esports caught up with T1 midlaner Muhammad “inYourdreaM” Rizky to discuss how his team prepared for the league, the Indonesian prodigy said his eyes are set on three specific teams.

“I think BOOM Esports can be top two in the region, they’re amazing in this meta and they have improved a lot. As for Adroit, I really like competing against Filipinos because they are very tryhard during games. Their midlaner, [Mc Nicholson “Mac” Villanueva], is also a very good player and I really want to play against him.”

How did T1 fare against two of those teams? InYourdreaM and his squad had a hard-fought tie with Adroit in Week 1 of the SEA League, which ended with them taking first place at the group stage standings. In Week 3, T1 had their most commanding win of the league in a 2-0 sweep over BOOM Esports, the team that inYourdreaM last played for before joining them.

When asked how he would rank his team against the rest of the competition, inYourdreaM said they’re right in the middle of the pack and looking to take an upward trajectory.

“I’ll put us at Top 5. But I think we can really do better because we’ve been practicing a lot and we’re watching replays all the time after scrims,” said inYourdreaM.

But standing in the way of T1’s ascent are tournament favorites Fnatic, the only team in inYourdreaM’s list that they lost 2-0 to.

It’s no surprise, as Fnatic stands as the clear top SEA team that all the others are looking to take down. But so far here in the SEA League, they are looking as dominant as ever.

“What I’m worried about In this tournament is that we have no idea how to beat them. But we’re gonna try our best and hopefully that’s enough for us to beat them,” said inYourdreaM.

But all that is just fuel for the fire for T1’s midlaner, who is eager to prove himself to his teammates, his organization, and the rest of the world.

Whenever we lose tournaments or don’t qualify to them, [our captain Lee “Forev” Sang-don] feels very bad because T1 gave a lot to us. So, I think we need to at least try to give and take. If we take from them then we need to be able to give something back,” said inYourdreaM.

“So, I still want more. We did win two tournaments before but those were only against tier two teams. That felt great, but I also felt disappointed because what I really want to compete and win against the top tier teams in tier one tournaments.”

InYourdreaM and T1 have their chance to do just that here in the ONE Esports Dota 2 SEA League.

READ MORE: TNC Predator’s March: ‘We have everything we need to win’