Can one of League of Legends’ most prestigious organizations succeed in Dota 2 with this squad? 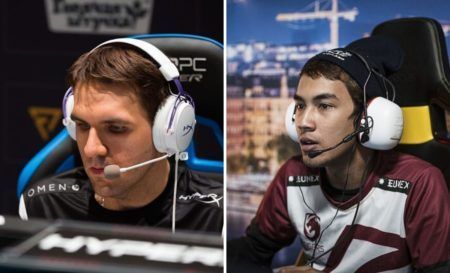 T1, one of the most prestigious esports organizations in League of Legends, are set to unveil their entry into Dota 2 with a squad featuring star players, Dominik “Black^” Reitmeier and Muhammad “inYourdreaM” Rizky.

Black^ is the veritable journeyman of Dota, having played in five out of the six regions in the scene throughout his career, with notable stints in China with Vici Gaming and in Southeast Asia with Team Faceless.

He most recently played in South America with Infamous before taking on an analyst role in a number of DPC events.

InYourdreaM started out as one of Southeast Asia’s pubstars, becoming the first player to reach 9,000 MMR by playing exclusively in the region.

He most recently played for BOOM Esports before becoming inactive last November.

Meanwhile, xuan is a Chinese-Canadian player that most recently played for North American team Demon Slayers, who finished second in DreamLeague Season 12.

T1 has been trying out a number of players since announcing its entry into Dota 2 with Forev last year.

The team has competed in a number of small events with the likes of Kim “Febby” Yong-min, who is now the coach of TNC Predator, and Johan “pieliedie” Åström, now playing with Cloud9, before settling with its current lineup.

T1 has yet to officially announce its new roster, but the team is expected to participate in the Open Qualifiers of the ESL One Los Angeles Major on February 7-8.