EHOME will not have enough points to automatically qualify for The International 2019. 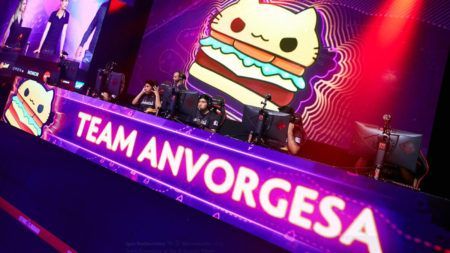 Anvorgesa was an unknown team who had bested all other South American teams to qualify for the Starladder Ukraine Minor. During the decider match of the group stage yesterday, they pulled off one of the biggest upsets of the 2018-2019 Dota Pro Circuit season.

On the third and final game, EHOME made a massive blunder. They sent their courier, which had a Void Stone for Outworld Destroyer’s Scythe of Vyse, and a recipe for Dark Seer’s Crimson Guard, right down the middle lane where Anvorgesa was pushing and was taken out.

With Anvorgesa knocking on their mid-lane Barracks, EHOME charged into the Peruvian team’s back lines. Despite landing some great spells on the side of EHOME, Anvorgesa’s Black King Bars help nullify the incoming magic damage.

EHOME had one last chance to repel the Dire squad out of their base, but thanks to Adrian “” Dobles’ 3-man Reverse Polarity ultimate on his Magnus, Anvorgesa ended the game in spectacular fashion.