Phantom Assassin was meta for only a week: Was patch 7.32b too harsh on her?

Don’t blink, or you’ll miss me. 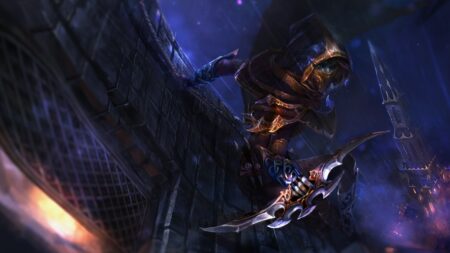 Even Dota 2 heroes can experience crashes like the stock market, thanks to the new 7.32b patch.

For one week after 7.32, Phantom Assassin was riding high. She got lifesteal on her primary farming spell! One of her best talents, plus 25 percent evasion, was moved down to level 15, giving her an even stronger mid-game timing! She can now put that level 20 talent point into a new talent that gives Phantom Strike an additional 60 attack speed, more than a full Hyperstone’s worth!

She was arguably the best hard carry, and one of the easiest position ones to plug and play into a lineup. But yesterday’s 7.32b patch was enough to tone the beast down.

Why a small level 10 talent nerf in 7.32b cratered Phantom Assassin’s win rate

At a glance, Phantom Assassin’s nerfs don’t seem too bad — at least, not enough for a precipitous 6 percent drop in win rate.

But hard carries — especially those that need a lot of items to even begin the fight — are especially sensitive to stat changes. Plus, the biggest nerf to her might actually be the change to her level 10 talent, which decreased her Phantom Strike duration from one second to 0.5 seconds.

PA isn’t a lane dominator, nor the kind of hero who needs just one item before she can fight. She has to farm a lot, and is one of the main beneficiaries of a Battle Fury build. With lifesteal items nerfed across the board in 7.32, the new innate lifesteal in Phantom Strike was a godsend to sustaining herself in the jungle.

The Phantom Strike talent was immensely important to helping her clear stacks the moment she hit Battle Fury, and was also her main way to burst down targets in fights. Now, that has been reduced by a sixth — which means less time to get crits, less time to stay on targets, and less attack speed and lifesteal to farm and fight.

It all adds up over time, and could mean one or two more teamfights where your team is lacking their carry. That can snowball quickly, and turn into an insurmountable disadvantage.

The stat nerfs don’t help — but the small talent nerf tells the bigger story of how a seemingly innocuous change can transform a hero’s status overnight.