Will diehard fans face a fatality with this reboot?

After decades of being stuck in development hell, Mortal Kombat returns to the silver screen with a brand new cinematic reboot.

While videogame adaptations have always gotten a bad wrap, Mortal Kombat’s latest trailer actually looks quite good and has me hoping that it might be a hidden gem for MK and action film fans alike.

The original Mortal Kombat managed to pull off an interesting cast of actors and actresses to bring the franchise’s beloved characters into real life.

Similar to the original MK films, the reboot doesn’t feature box office action superstars and mainly focuses on putting the spotlight on lesser-known acting personalities who could definitely deliver the cast aesthetic of Mortal Kombat.

We’re also keeping an eye on Tadanobu Asano and Chin Han who portray Raiden and Shang Tsung respectively. Despite Christopher Lambert and Cary-Hiroyuki Tagawa’s epic portrayals from the original MK films, the new duo might provide a more stunning rivalry that could leave Earthrealm in awe.

The CGI will finally do justice to Mortal Kombat 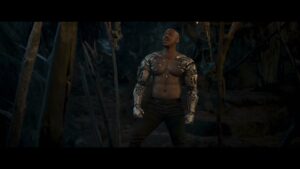 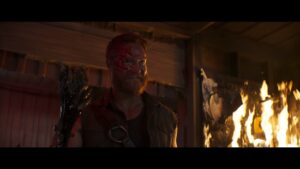 With the previous MK adaptations taking place in the 1990s, we can safely say that the films weren’t able to capture the true magic of the videogame’s story.

The MK reboot acts as a well-needed retelling that could define why the fighting game still stays relevant today. Aside from the gory violence and creative fatalities, MK is up there along with Street Fighter and Tekken in terms of world-building, iconic characters, and lore.

Though the film might focus on the new character of Cole Young, it still stays true to the source material of a cross-realm tournament that brings a wide array of characters into one location.

As for the graphics, the trailer showcases a handful of CGI breakthroughs such as Jax’s arms and Kano’s trademark fatality. Even with Sub Zero freezing guns and Scorpion now teleporting through flames, it’s just nice to see how realistic Mortal Kombat can get in today’s age of technology.

Last, but not least, the Mortal Kombat reboot takes a definitive turn by highlighting the story of Sub Zero and Scorpion. In the previous films, the two were merely subjects to Shang Tsung and Shao Khan’s ruling and acted as secondary characters to the likes of Johnny Cage and Liu Kang.

As the signature characters of the series, this may be the best way for Warner Bros to make the movie a success. A Sub Zero/Scorpion story arc appeals to diehard MK fans while also providing the action scenes and drama that could bring the film into the mainstream.

In the trailer, the film already takes note of Hanzo Hasashi’s previous life as a Shirai Ryu ninja and his eventual return as Scorpion. With Bi-Han being the Sub Zero present in the film, we can’t wait for the cold-hearted killer to trade blows with the avenging hellspawn.

Mortal Kombat will be coming to theaters soon.

READ MORE: Kick your opponents back to the 90s with Mortal Kombat 11’s Klassic Movie skins