LEC teams up with Secretlab as its official chair partner

The kings of Europe will soon be sitting on Secretlab Thrones. 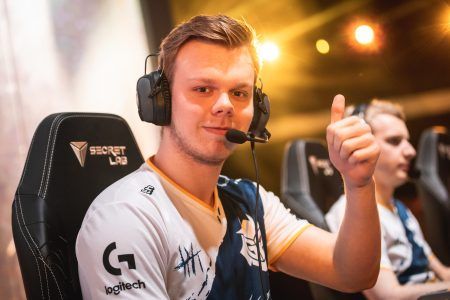 Secretlab is jumping on the EUphoria with its latest collaboration as the official chair of the League of Legends European Championship (LEC).

Similar to its other collaborations, Secretlab will be releasing an LEC chair fit for the future kings of the European League of Legends scene.

The design and color of the Secretlab LEC Edition Chair has yet to be finalized, but the finished product will surely reflect LEC’s branding and will highlight its “distinct identity,” according to Riot Games Head of Sponsorship and Business Development for the EU Esports Alban “Stilgar Fremen” Dechelotte.

Secretlab already has other collaborations with Riot Games in the past, appearing in three of its global events the Mid-Season Invitational, the All-Star Event, and the World Championship. They’re also trusted by the LEC team G2 Esports and the League of Legends Championship Series (LCS) team Team Liquid.

“League of Legends is the world’s most popular esport, both in terms of player and viewership numbers, and we are incredibly excited to cement our partnership with Riot Games and further our goal to equip the world’s elite players with the support they need to succeed,” said Secretlab CEO and co-founder Ian Alexander Ang.

Fans will be seeing these Secretlab chairs in action at the upcoming LEC 2020 Summer Season which kicks off this June 13 at 12:00 a.m. GMT+8.