In his new role, Preston will work on limited-edition Gen.G products and will provide the org with creative guidance. 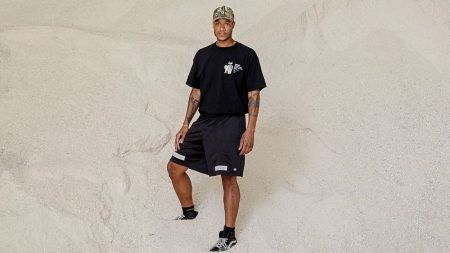 From working with Virgil Abloh, Kanye West, and NASA, fashion designer Heron Preston is now adding esports to his resume as he will be working with Gen.G as an executive brand advisor.

In his new role, Preston will work on limited-edition Gen.G products and will provide the org with creative guidance. One of his first capsules with the org will launch later in 2020 for League of Legends, a popular MOBA game that Gen.G is involved in through its Korean league, the LCK.

Though Preston might be an odd pick for the org, Gina Chung Lee, VP of Brand for Gen.G, states that he’s able to think outside of the box with his different expertise and experience.

“Since we’ve started to work with him, he’s really tried to immerse himself in our culture and work with the gamers, stated Chung Lee in an official press release. “It’s a small community so it shows so much respect for someone to want to know the intent.”

Preston shared the same sentiments in his statement, saying that it felt new innovative for him as a fashion designer. With the gradual rise of esports throughout the 21st century, Preston sees an opportunity to connect the two and bring out the best of both worlds.

“Growing up was about going to the arcade, gathering around the Street Fighter arcade, but it would only be five of us,” said Preston. “Now it’s blown up to a scale I never would’ve imagined.”