Balenciaga made a video game to debut its latest collection

Afterworld: The Age of Tomorrow launches on December 6. 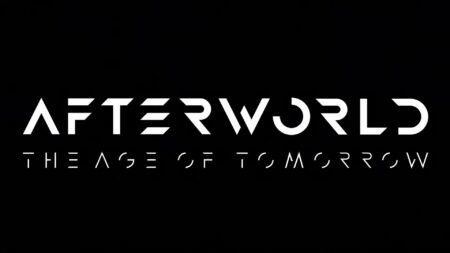 Luxury fashion brand Balenciaga is all set to showcase its latest collection in the first week of December. But with the coronavirus pandemic making grand runway shows pretty much impossible to stage these days, the Paris-based company is venturing into some unfamiliar territory to do so.

Instead of the runway, the digital screen has become Balenciaga’s new platform of choice for unveiling its latest collection based on designs by Demna Gvasalia. In particular, the brand’s new FW21 collection will be revealed in a video game called Afterworld: The Age of Tomorrow.

Launching on December 6, Afterworld: The Age of Tomorrow is described as an “allegorical adventure,” hinting that everything players will see in-game are likely more than meets the eye. The events of the game take place in 2031, implying that the collection leans toward the speculative and avant-garde design aesthetic.

“A theme of Balenciaga fall 2021 is human destiny, as seen by an interactive, gamified journey,” Balenciaga said. “The world may appear to be decaying at first, but it is far from a dystopian view, showing instead the slow return to a healthier balance of nature and industry.”

The game will be browser-based, as it appears that Balenciaga is targeting a wide audience for its big reveal.

Little else is known about the video game and Balenciaga’s upcoming collection. Even the game’s teaser is deliberately sparse, revealing only a title card and release date.

Regardless, Balenciaga is making some pretty big claims about Afterworld: The Age of Tomorrow. The fashion house is saying that the game is “the largest volumetric video project ever undertaken.”

This means that the characters in the game are not digitally created, but real-life actors — or in this case, models — captured in 3D and in real-time. Time will tell whether the game can offer a satisfying narrative arc — and we’re pretty sure that it won’t feature any esports-worthy action — but it may at least be worth checking out whether it lives up to Balenciaga’s superlative-laden tease.

Launching a new collection through a video game is not Balenciaga’s first try at an experimental fashion show resulting from COVID-19 event restrictions. The brand’s Summer 2021 collection was unveiled in a 9-minute music video.

Other fashion brands have also tapped the gaming space to draw attention toward their latest apparel and accessory lines. Burberry, for one, used Twitch to showcase a new collection in September. Even esports organizations like 100 Thieves also merged the video game and fashion worlds by making its streetwear line virtually available on Animal Crossing: New Horizons back in April.