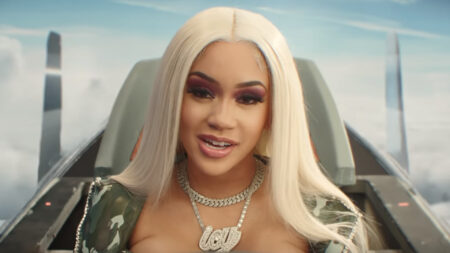 With the Call of Duty franchise frequently going big with celebrities in its live-action shorts, it should be no surprise that Warzone’s Season 3 trailer has recruited some of the finest superstars for your squad.

The trailer has an explosive start with Young Thug driving an ATV off a floor of a high-rise building. Getting a grip on a nearby helicopter, the Atlanta rapper is greeted with the iconic slatt phrase by none other than fellow YSL member Gunna.

Things turn to a more comedic note with internet comedian Druski and rapper Jack Harlow commanding their own helicopter.

With the two unable to hear each other through the noise of the propellers, they crash into another helicopter and get their parachutes stuck on a bridge, only to be eliminated by former COD pro and 100 Thieves CEO Matthew “Nadeshot” Haag.

A few more music artist appearances come through with Icy Girl rapper Saweetie laying down an airstrike and Swae Lee flexing his killstreak with a no-scope elimination.

The cinematic also brings back a familiar face with the unnamed cook who fans might remember from the Black Ops 1 live-action trailer. This time, he showcases some acrobatics as he dodges an RPG and retaliates with his trademark akimbo pistols.

Of course, COD trailers are never complete without some MVP showings from the world of sports. To cap off the mayhem, English footballer Jack Grealish bicycle kicks a live grenade into Lakers guard Dennis Schröder, but LA Dodger Mookie Betts saves the day with a home-run hit.

You can watch the action-packed trailer down below: