After an explosive time with 80s Action Heroes, Call of Duty: Warzone heads into a new season involving satellite warfare. Russell Adler is now back in action, leading the fight against Perseus and his grand experiment in Verdansk.

Here are a few new additions to look out for in Call of Duty: Warzone Season 4.

A new season means a new set of weapons for operators to enjoy. Here’s a quick look at the five new weapons entering both Cold War and Warzone. 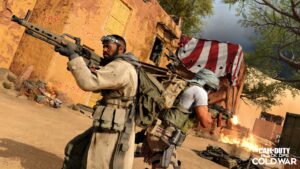 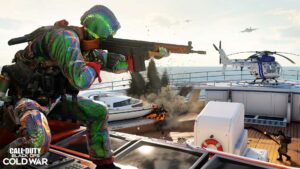 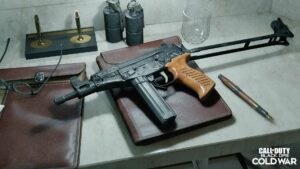 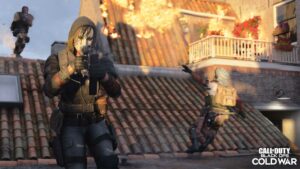 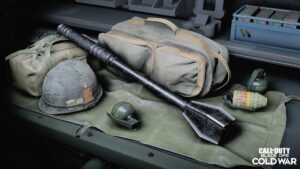 The MG 82 is a sure hit for LMG fans. It currently boasts the highest fire rate in its class while also having solid aiming speed and increased ammo capacity.

You can obtain the MG 82 for free at Tier 15 of the Warzone Season 4 Battle Pass.

While many Warzone players prefer fast-acting rifles, the C58 comes as a slower variant of the weapon class. You can expect to eradicate close-by enemies with more damage and fewer bullets.

You can obtain the C58 for free at Tier 31 of the Warzone Season 4 Battle Pass.

A interesting addition to Warzone, the Nail Gun diversifies what an SMG can be in close quarters.

Despite its slow fire rate, you can chase down stray enemies with increased mobility and send them to the Gulag with just three precise nails.

You can unlock the base Nail Gun by completing an in-game challenge.

The OTs 9 has its sights on being one of the best SMGs out there. With deadly stopping power and a speedy fire rate, it has the potential to beat the MP5 at its own game.

The biggest downside of this SMG? Its 20 bullet magazine. If you’re looking to pick up the weapon soon, make sure to use an ammunition attachment to help you out in firefights.

You can unlock the base OTs 9 by completing an in-game challenge.

Though melee weapons aren’t necessarily efficient on the field, Call of Duty shows some love to the flashy finishers with the Mace.

If you’re looking to bludgeon your enemies for getting too close, the Mace is definitely the way to go. While its effective range may be questionable, you can always expect critical damage when you land a hit.

You can unlock the base Mace by completing an in-game challenge.

Warzone Season 4 continues to amp up the action with the introduction of dirt bikes.

Though it may seem redundant to have with the pre-existing ATVs, the dirt bikes are designed to have a better turning radius with a few more mechanics at your disposal.

You can hop on the two-seater vehicle with a friend and experience sliding, drifting, leaning, and landing some gnarly tricks off hills.

Look out for these new points of interest in Call of Duty: Warzone 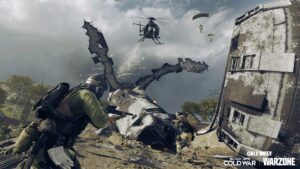 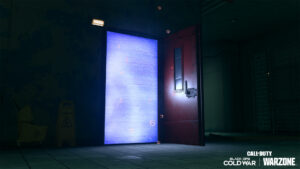 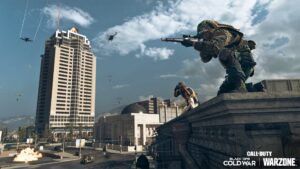 In line with the current Warzone Season 4 story, operators can now spot unmarked satellite crash sites all over Verdansk.

Besides being solid cover to keep you out of sight, you can also interact with the crash site’s sat-links and unlock permanent rewards from the Ground Fall starting event.

If vehicles aren’t your thing, Activision Blizzard has potentially added a new way to travel in Warzone Season 4: Red doors.

Found all across the map, these mysterious red doors look to be portals to assist your squad with fast rotations. Not much has been said about them, but we’re hoping that there’s a pattern to how the doors interact with each other.

Keep in mind that you’ll have to ping the door to activate its realm-altering abilities.

With the vault now cleared of all valuables, you can expect to see fewer people parachuting into its various floors. The main value of the POI is purely strategic, giving you an unbeatable view of the entire Financial District.

Head into Verdansk with these new game modes

Warzone Season 4 opens up with a few more game modes to spice up your battle royale gameplay.

A familiar one to Rebirth Island goers, Resurgence makes its way to Verdansk with a more compact scenario.

In addition to its standard rules of a respawn timer and no Gulags, operators can expect smaller lobbies of around 45 players at max for all squad variations (Solos, Duos, Trios, and Quads).

Payload groups you into 40-player squads who will either escort vehicles throughout checkpoints or sabotage the entire mission.

The mode allows players to build/destroy barriers and purchase buildings to help turn the tides of war. Contracts will be up for grabs to possibly give cash or other rewards to its hard-working operators.

For more information, you can check out the official Call of Duty: Warzone Season 4 blog post.