You can read it now for free! Do you ever wonder how Call of Duty’s special forces units came to be?

To usher in the release of its latest main title, Activision is rolling out a Call of Duty Vanguard comic book series.

This isn’t the first time that Activision has dabbled with the medium. In previous titles like Black Ops 4, the game developers also published graphic novels that told fleshed-out stories about its main characters. 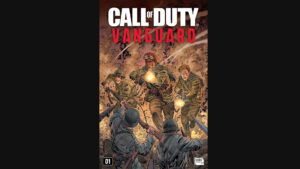 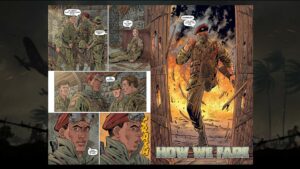 With the Call of Duty franchise jumping back in time from the Cold War era to World War II, the Vanguard comic book gives us a brief background of when and where the story takes place during the world event.

The comic’s storyline puts a spotlight on the inception of the special forces units in 1944, led by returning Call of Duty WWII character captain Carver Butcher.

Looking to round out his special forces unit with a “renegade spirit”, Butcher heads to France in search of sergeant Arthur Kingsley. Kingsley has been one of the main characters shown in the upcoming game’s promotional materials.

Once the two talk shop about special operations, Kingsley is left with a tough decision to make. Will he stick to leading his British troop into a Nazi army or answer his call of duty to save the world?

The comic book series is available for free on the game’s official site, and has a total of six issues.

You can read the first issue of the Call of Duty Vanguard comic here.