24/7 chill lo-fi CoD beats for everyone. Call of Duty Mobile just celebrated its second anniversary and, as with every special occasion, players need a music playlist.

Instead of the beautiful orchestras that welcome every season with a wave of brass instruments and thematic sounds, Activision catered to the newer generations with a lo-fi remix playlist.

Ghost has his own lo-fi music playlist in between matches

While you might assume that the tracks are crowded with in-game callouts and gun sounds, Activision’s senior sound designer Drew Olsen captures the soundscapes of your everyday lo-fi playlist.

Rather than just sampling the usual lo-fi soundbites, Olsen crafts a beautiful medley of the game’s previous anthems with a tinge of drowned-out piano riffs, jazzy basslines, and boom bap drums.

A remix for various Call of Duty Mobile seasons 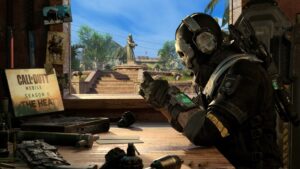 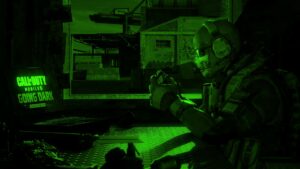 Paying respects to the icon of these kinds of playlists, the Lo-Fi Girl, Activision paired the tracks with a similar scene of operator Ghost playing Call of Duty Mobile next to a window.

While Lo-Fi Girl studies deep into the night, viewers can see Ghost take on different seasons of the game, from the chilling winds of Winter War to the night-vision aesthetic of Going Dark.

Whether you’re a streamer or a diehard fan, this music playlist is the perfect way to celebrate two years of the popular mobile FPS.