Big changes are coming to the arena. 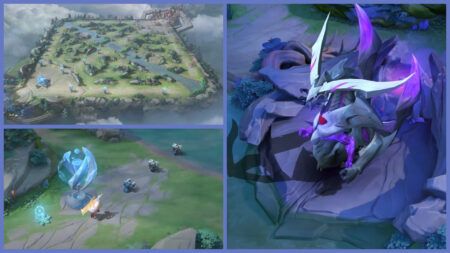 Arena of Valor continues to be a popular mobile MOBA game around the globe. To celebrate its fifth anniversary, developers Tencent and Garena are rebranding the game to Arena of Valor 4.0.

Here is everything you need to know about the new Arena of Valor 4.0, including its release date, map changes, new ranking system, ban and pick phase, and more.

Tencent and Garena have not yet announced an official release date for Arena of Valor 4.0.

Arena of Valor was first released in Taiwan back on October 12, so players can expect the major update to drop around this time.

An important part of the game is the map. With the release of Arena of Valor 4.0 Battlefield, many details have been reworked and changed in the game’s playing environment.

The most noticeable change in the Arena of Valor 4.0 Battlefield map is the day-night system which makes minions stronger at night. Players will also gain more experience and gold during nightfall.

“We hope to improve the late game experience through the changing of the environment,” said Arena of Valor Development Team representative Alfonso Gardeazabal.

A huge part of the AoV 4.0 visual rework also included the buildings, grounds, and rivers. 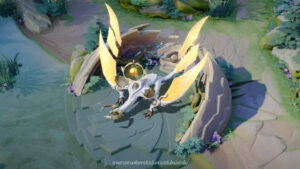 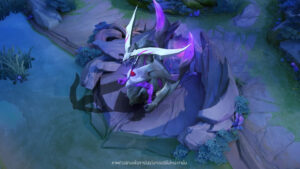 The appearance of the Abyssal Dragon and the Dark Slayer has been adjusted to make them look more active and appealing to players. These two are the most powerful neutral monsters in AoV.

When players reach mid game or the 15-minute mark, the Abyssal Dragon will evolve into Holy Dragon while the Slayer will become Dark Slayer. Killing both monsters will grant teams new buffs.

The AoV 4.0 visual change is supposed to further emphasize the contrast between the light and dark forces in the game according to Gardeazabal.

Additionally, the Arena of Valor 4.0 Battlefield update will relocate the Spirit Sentinel (small dragon) on the map’s river along the Dark Slayer lane.

Upon its release, the AoV 4.0 will introduce a cleaner, simpler user interface (UI) and menu to all players. This update will declutter the current UI, making the game menu more lightweight and user-friendly.

In the current Arena of Valor meta, junglers can just enter a lane and swoop in all the gold and experience from other players, causing an imbalance in shared resources.

This will change in the Arena of Valor 4.0 update. The new effect “Teamwork” will grant junglers only 40% gold and experience near their teammates. This effect will force players to be nicer to their squad.

Shutting down an enemy killing streak will also give players a small gold reward to give more chances to the losing team to make an epic comeback.

Arena of Valor 4.0 battlefield will debut a new rank

Prepare for a reworked ban and pick phase in Arena of Valor 4.0 Battlefield

The Battlefield update has also reworked the ban and pick phase. Players can now communicate their hero preferences, as well as ban a total of six different heroes on both sides.

The original system only allowed a total of four heroes to be banned in a ranked game.

Additionally, the number of Brave Point rewards has been increased three to five times to prevent star reduction in ranked games. This system rewards players with Brave Points, which accumulates to a star to rank up.

You can now queue with players of different ranks in AoV 4.0

Translated from an article on ONE Esports Thailand.