The amateur tournament will take being on March 3 and be open to players Asia, Europe, Latin America, and North America. 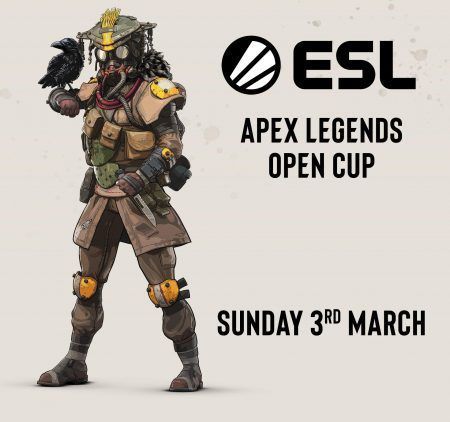 ESL, the largest esports production and organizer company in the world, is diving into Apex Legends with the ESL Apex Legends Open Cup on March 3.

Despite being the arguably hottest game in the world since its suprise release in February 4, Apex Legends’ competitive scene is still very much in its infancy. Even so, ESL hosting a small, amateur tournament for the game would be a good showcase of its viability as an esport.

The Open Cup will be open to players from Asia, Europe, Latin America, and North America, with plans to expand it to other regions such as Oceania already set.

As of the time of writing, the Open Cup is only open to PC players. However, ESL says they are already working on letting console players in on the action as well.

You can register through this link if you are interested in playing in the Open Cup.