The Baron lane meta will be shifting soon. 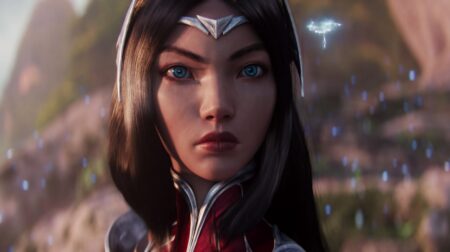 Are you ready to dance with the blades? Irelia is coming to Wild Rift on the next patch!

Irelia will be released on Wild Rift soon

Once released, the Baron lane will definitely become a whole lot more chaotic and fun.

Unlike other champions that have been ported over to Wild Rift and tweaked to better fit the mobile platform, it seems like Irelia’s abilities will not change much, according to the video that Riot Games released.

Wild Rift players can’t help but wonder: how well Irelia’s kit would play out on mobile, considering she is a high skill cap champion in the PC version?

In the trailer, we can clearly see her Wild Rift version successfully executing some of her abilities like Bladesurge, which enables her to dash and slash, and Flawless Duet which damages and stuns enemies.

While it’s easy to slash low-health units when playing on mobile, we think that the game’s current camera and movement settings might make it difficult to position Flawless Duet’s blades accurately.

Riot Games will be releasing their Wild Rift Patch 2.3 dev diary at the end of May, which will discuss how they plan to make this Ionian girl more accessible to players.

Irelia is expected to be released in June 2021.