Does she say “Gee Gee” after every game? 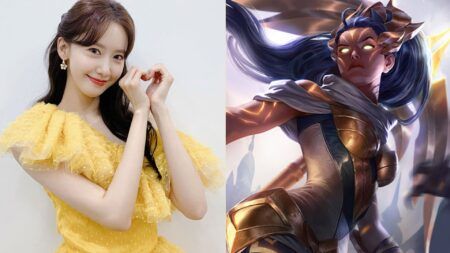 Yoona posted a photo of herself comfortably playing Wild Rift inside a car with her pet dog Rae-O (Leo) spectating on the side. The screen shows the bot laner Vayne as her choice of champion, which pretty much explains the post’s caption “Those who wanna support,” followed by the Person Raising Hand emoji.

Sounds like Yoona is looking for a reliable partner in the bot lane. Is she planning to play Wild Rift with Sones and her fans soon?

Yoona is not that new to video games as she has played League of Legends in the past with her co-idols at SM Entertainment. Here is a clip of Yoona playing as Ashe:

Aside from Yoona, other Girls’ Generation members have been spotted playing video games in the past such as Taeyeon and Sunny when they livestreamed PUBG Mobile for the SM Super Celeb League Season 4.

READ MORE: The ultimate guide to Wild Rift for League of Legends players