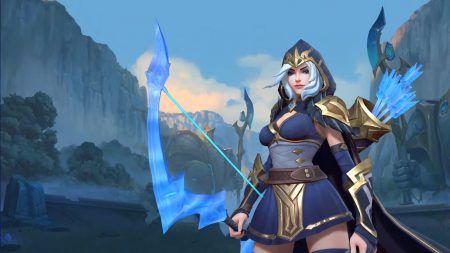 Here are the top five things we learned from the 14-minute gameplay reveal.

1. There are a total of 36 confirmed starting champions.

Wild Rift players will be given a champion pool consisting of three assassins, 12 fighters, seven mages, seven marksmen, four tanks and three supports to choose from.

Here is the full list of confirmed champions for the game:

This is just the initial line-up and “there’ll be lots more in the near future,” according to Product Manager for Champions on Wild Rift David “Papa Smoothie” Xu.

Papa Smoothie also gave a brief preview of champion abilities that have been tweaked for a better mobile experience.

Nasus’ stack speed for Siphoning Strike has been adjusted, while Twisted Fate’s third ability Stacked Deck will grant him a burst of attack speed.

In addition to having a great kit for Wild Rift, Miss Fortune’s Double Up ability has been converted to a skill shot while the dragon champion Shyvana gets unique bonuses whenever she kill a Drake in her dragon form. Slaying an Infernal Drake will add true damage to scorched enemies while taking down a Mountain Drake will grant Shyvana a slow when she uses her first ability Twin Bite.

The game is also taking in League of Legends‘ Runes Reforged system but streamlined for shorter sessions.

Eight Keystone Runes will be available for players to choose from before the game starts. Some of these Keystones have already been revealed namely Electrocute, which deals bonus damage, Aery, which summons out a familiar, and Conqueror, which gains stacks of Adaptive Force. Three minor Runes can be selected to support the Keystone Rune.

Sweet Tooth, which grants gold when eating Honeyfruit, and Loyalty, which gives lane partners shared bonus defensive stats, are just some of the minor Runes that are unique to Wild Rift and doesn’t exist in League of Legends.

3. Jungle players will have the option to choose from Challenging Smite or Chilling Smite later in the game.

Because of the game’s fast-paced nature, junglers can now pick their kind of upgraded Smite. The option will appear after finishing off four major jungle camps. Players can choose between Challenging Smite which empowers basic attacks and Chilling Smite which grants additional movement speed when casted on enemy champions based on how both upgrades work on League of Legends.

Additionally, jungle monsters like the Red Brambleback and Blue Sentinel evolve through time to equip players with damage buff and regeneration during the late-game phase.

4. Summoners can only purchase one active item in Wild Rift.

While Wild Rift still holds the familiar items we’ve known and loved in League of Legends, only a single active item can be equipped in the mobile game. They come in the form of enchants which act as upgrades for the player’s boots.

“These active effects are now bought as a third tier for boots, and you can mix and match any upgrade with any boot type,” according to Gameplay and Balance Team Lead for Wild Rift Jonathan “Riot JCM1117” Chao.

As with other mobile MOBAs, Wild Rift also has a quick-buy popup but ultimately items can only be bought when players are in the fountain.

As announced last May, League of Legends: Wild Rift will undergo alpha testing with a few randomly-selected players who pre-registered during the League of Legends 10th Anniversary celebration.

Players who have been chosen will be notified through e-mail and invites will be sent earlier in the day of June 6.

The regional alpha test will be limited to Android phones with minimum specs of:

The full Wild Rift dev diary for May can be viewed here: