His ultimate lets him become invisible and invulnerable. 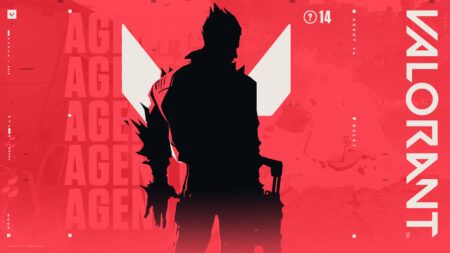 Looks like the cat’s out the bag! Valorant’s 14th agent has been leaked and fans are buzzing.

With all the information circulating online, Valorant’s newest “lurking duelist” has been revealed to be Yoru, a teleporting agent that can mess with your sense of sight and sound.

For his first ability, Yoru creates “step sounds” that can be sent forward from where he is. These can also be pre-placed, which will definitely mess with enemy agents. Sound is one of the best ways to get information in Valorant. And, with this ability, Yoru will predictably cause problems for teams, specifically their callouts.

Yoru’s second ability is a simple flash. It will pop after bouncing once, which can be used as what is known as a pop flash, or when a player throws a perfectly timed flash that doesn’t give opponents time to react. This ability makes Yoru a versatile agent who can make entry plays for his team while on the attackers’ side.

Yoru also has a possibly game-breaking third ability, in which he casts a forward-moving portal that will allow him to teleport to, once it’s activated. The ability is similar to Omen’s Shrouded Step teleport, but Yoru’s has the advantage of not committing to the action. Yoru’s third ability isn’t a channeling ability either, which means players can still take fights after casting the portal.

Finally, Yoru’s ultimate allows him to become invisible and invulnerable for a short period of time. This will immediately give him a huge advantage against enemies and will enable him to play one-and-done angles that could catch players by surprise.

In a previous blog post, the Valorant dev team teased that the upcoming agent would also “keep you on your toes around which angles are truly safe.” And, from the looks of things, Yoru fits the dev team’s description perfectly.

Professional players like Sentinels’ Hunter “SicK” Mims and Valorant streamer Jason “JasonR” Ruchelski have shared their thoughts on the new leaked agent as well. While some players see Yoru as a broken agent even before he has been officially released in-game, SicK disagrees and praises Riot for keeping the community engaged with new and exciting content.

JasonR also echoed the sentiment, saying that he is glad that the new duelist invites a different playstyle. “All Valorant duelists are being used the same way every game,” said JasonR. Duelists are expected to get entry frags and make entry plays while on the attackers’ side. Yoru, on the other hand, will have the tools to play as an entry agent or a lurker agent.

Additionally, Yoru wasn’t the only Valorant content that was leaked. The next Battle Pass has also been preemptively revealed, along with a brand-new loading screen and main menu background.

The next big Valorant patch, which will also include major changes to Controller agents is scheduled to drop on January 12. This is subsequently when Valorant’s Ignition: Act III comes to a close.