Valorant patch 1.01 is out now and includes a pretty hefty nerf to Sage, some minor buffs for Reyna and Sova, and some new additions to Spike Rush.

The cast range of Sage’s Barrier Orb has been reduced from 20 to only 10 meters. Riot explained that “the 20m cast range was allowing Sage to aggressively take control of neutral territory in a way that was inappropriate for her role in Valorant.”

This will reduce some of the aggressive Barrier Orb plays that have recently started appearing in games, and should bring Sage back to being a more defensive-minded character.

Sova and Reyna have also received minor buffs, with the area-of-effect indicators for Recon Bolt and Leer now only showing up on the enemy’s minimap if the player or their allies are close to the affected area.

This should let Sova in particular get more value out of his Recon bolt as it will be much harder to spot now.

The new patch also includes map updates to Ascent which fixed several spots where weapons were falling through the world. They’ve also addressed the issue of wall penetration in Ascent, where in some locations shooting through walls only worked one way. 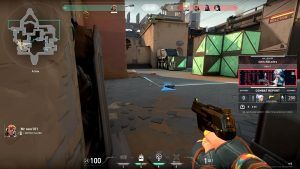 The new orb types are:

Riot has remained firm in its decision not to change agents, weapons, and different types of game mechanics constantly in Valorant patches. The team has, instead, focused on fixing multiple game issues that impact the game negatively.