This was the best Valorant tournament so far. 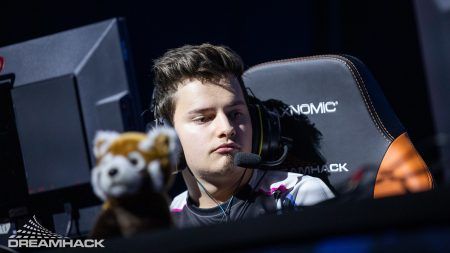 Prodigy’s stacked lineup had the best run of all the teams in the Fnatic Proving Grounds Valorant Open Tournament, but they didn’t have the best highlight of the entire event.

The tournament was stacked with the best Valorant talent from the European region.

Here’s a look back at the top five plays.

In the Semifinal of the tournament, Prodigy showed how to properly use Cypher’s Tripwire together with Raze’s Blast Pack.

After Fish123’s attacker agents activated the Tripwire, they were tethered and dazed in place long enough for Stéphane “Shaiiko” Lebleu to use his Blast Pack ability to get two easy kills.

In the other Semifinals match, 2G4L found a better use for Raze’s Blast Pack ability.

With all of Royals attacker agents charging into the B Tower on Split, Jesse “JESMUND” Terävä threw a Blast Pack that landed on the entire enemy team and Jani “synde” Koskinen cleaned up all the low health opponents for a Flawless round.

In the Grand Final match against 2G4L, Shaiiko showed off his insane aim.

He secured multiple headshots and helped his team win the entire tournament.

2. Soulcas’s four kills clutch out the round

Fish123 proved to be one of the best teams in the tournament. Dom “soulcas” Sulcas clutched out the round by taking down three Prodigy defends all by himself.

Tautvydas “hype” Paldavicius had the most ridiculous four kill highlight from the entire tournament.

With 2G4L’s attacker agents rushing towards the A Site on Split, hype quickly picked off the enemy Breach, then peeked and sprayed down three more enemy agents to win the round.