All these pros from different genres have become incredible Valorant players. 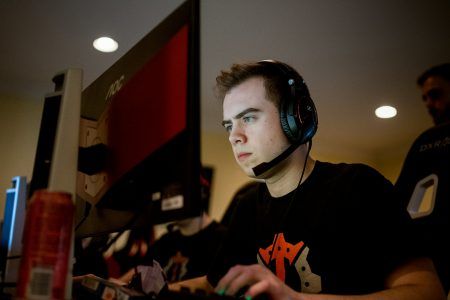 Remember the Apex Legends squad’s unbelievable upset against former CS:GO pros? That wasn’t the only highlight of the ESPN Valorant Invitational.

In fact, the tournament has been loaded with incredible and surprising moments from some of the best players from different game genres.

Check out the top five plays from ESPN’s Valorant Invitational:

5. XXiF gets a triple kill with Raze’s Showstopper ultimate

Team Mirage dominated the competition with some excellent play from Keven “AZK” Lariviere in day one of the group stage. Against Team Heroes, AZK earned himself four quick kills outside the C-site in Haven. AZK didn’t even need to reload.

3. AZK’s flick shot that clutched the round for Team Mirage

In the dying seconds of Team Mirage’s match against Team Six, AZK scored a favorable two-for-one trade after the enemy took out his teammate. Then with seven seconds left on the clock, he revived Spencer “Hiko” Martin to get the Spike plant. This signaled Team Six to charge into the A-site, where AZK took out the last two remaining enemy agents for another four-kill masterpiece.

2. Boostio pays back Team Canyon with a clutch triple kill

Overwatch pro Kelden “Boostio” Pupello was the last man standing for Team Heroes after Justin “Kellar” Kellar gave Team Canyon the agent number advantage with a quick triple kill. With the odds stacked against him, Boostio maneuvered to the B-site and got three consecutive kills of his own to steal the round.

1. Mendo takes down Team Mirage in the clutch to keep his team alive

After losing the first map to Team Mirage, Team Canyon looked to be on the brink of losing the Grand Final toward the end of the second round. But Lucas “Mendo” Hakansson’s last-second heroics extended the series and put the Apex Legends pros in position to pull the upset over their CS:GO counterparts. He scored four kills to clutch out the second round, even finishing off Brax “swag” Pierce and Spencer “Hiko” Martin with his pistol.