This is why Sentinels is NA’s best Valorant squad

The team has owned TSM two tournaments in a row now. 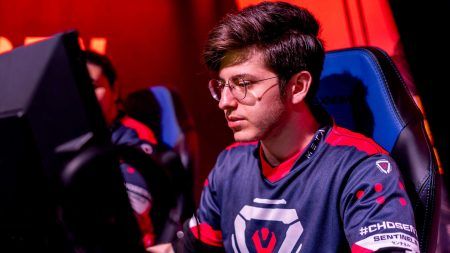 Sentinels continue to dominate the North American Valorant scene and have now won two premier tournaments in a row.

Last week, the team won the PAX Arena Invitational against Cloud9. They then demolished Team SoloMid (TSM) at the 30Bomb Summer Cup 2020 tournament and won US$3,000 in prize money.

What’s the secret to their success? It might have something to dow ith Sentinels’ mix of ex-CS:GO members Shahzeeb “ShahZaM” Khan, Hunter “SicK” Mims, and Michael “dapr” Gulino, and ex-Overwatch pros Jay “Sinatraa” Won and Jared “zombs” Gitlin.

The team’s ability to think outside of traditional CS:GO style strategies has given them a clear edge in their recent matches. Sentinels still go for Odin plays on Ascent, and they’ve also experimented with new agent compositions with Sinatraa adding Reyna to his agent pool. This gives the Overwatch 2019 MVP more options as the Sentinels’ playmaker.

Sentinels earned two convincing wins against TSM in the Upper Bracket Final. But TSM bounced back and defeated Gen.G Esports in the Lower Bracket Final to earn their second shot at dethroning Sentinels.

At the start of the Grand Final, Sentinels were up 1-0, thanks to their Upper Bracket advantage. TSM was off to a great start and was on the verge of taking a 4-0 lead against Sentinels. But Sinatraa showed yet again why he could be considered the best player in all of Valorant by getting an Ace off an eco round for his team.

Sentinels gained the 2-0 advantage over TSM with multiple clutch round wins from dapr on the Cypher. Sentinels also remain undefeated on Split with a 10-0 record in tournaments. This has been a crucial part of their success, with most other teams opting to ban Split, and therefore not playing it as much. Sentinels on the other hand clearly practice a lot of Split and it shows in their gameplay.

Meanwhile, in the following game on Haven, TSM’s Matthew “Wardell” Yu went off. After nearly winning the opening pistol round single-handedly for his team, Wardell used his Jett ultimate to secure an Ace and prevented Sentinels from getting the early lead.

Sentinels then took the early round lead over TSM in Game 4, going up 8-4 at halftime. TSM kept it interesting by getting back into the game with an 11-10 score. But despite Wardell being awarded the game MVP yet again, Sentinels proved themselves the better team and won on Ascent, 13-10.

After the match, Sentinels’ zombs called out Yassine “Subroza” Taoufik for claiming that TSM was the best team in North America after winning previous tournaments.

This prompted an argument between the two players, which added more hype to the upcoming US$50,000 FaZe Clan Valorant Invitational tournament set to take place on August 6-9.