The biggest winners and losers of Valorant patch 1.02 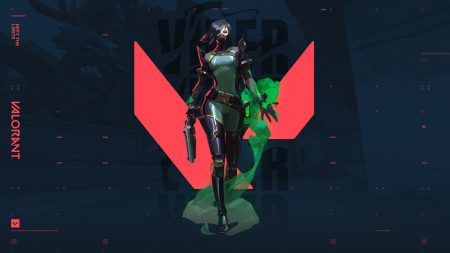 An update has rolled out for Valorant, bringing with it some pretty major buffs for Viper, along with a few map changes and a way to surrender when you’re getting stomped.

Ranked is also included in this patch but is not currently on the live servers due to a few bugs that need to be fixed first.

Viper has been at the bottom of most pro players tier lists for a while now, and the area denial specialist has one of the lowest pick rates in tournaments.

She might see some life however with the latest patch as she’s received a number of substantial upgrades. Her Toxic Screen now burns through walls, giving the skill more space to work with, and her Snake Bite now applies a new Fragile debuff that increases damage taken from other sources.

While the fiery brit didn’t receive any direct nerfs, the way his ultimate, Run It Back, interacts with other characters has been changed.

If Phoenix is killed by a Reyna during his Ultimate, he will now drop a Soul Orb for Reyna to absorb. Similarily, Jett’s Blade Storm ult now refreshes to full when she uses it to kill Phoenix’s ultimate form.

The patch’s only weapon tweak was for the second-tier shotgun, Bucky. With its two-shot system, Riot had previously configured its more precise shot (right-click) to be more accurate than intended. With that discrepancy, the developers have increased the shotgun’s inaccuracy during all movement, giving players more reason to use the scatter-shot (left-click).

The Moroccan spy gets some of his sneaky skills unhacked for a more balanced game. Cypher players can no longer pair his Cyber Cage on a Trapwire, leaving players to deal with only one skill at a time. Riot is also preventing Spycams from being able to see through teleporter doors on Bind so that Cypher doesn’t have too much vision on the enemy.

If you’re being blown out in a match, or you have a significant number of AFKers/leavers you no longer have to sit through a full 13 rounds of torture. A new Early Surrender option will let your team vote to surrender, ending the match on the spot.

Just type “/ff” to initiate the surrender and vote by typing in “/yes” or “/no”. Take note that early surrenders can only happen after the eighth round and each team can only call a vote once per half.

For more information, you can check out the full Valorant 1.02 patch notes.