Shroud explains why he won’t be going pro in Valorant

Or any other game for that matter. 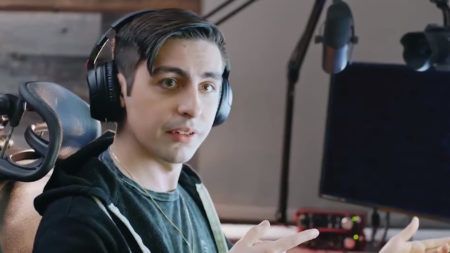 Professional Mixer streamer and ex-CS:GO pro, Mike “Shroud” Grzesiek said that he will never go pro in Valorant, or any other game, for that matter due to how being a pro player will conflict with his streaming career.

“I don’t plan on going pro, or competing at the highest level. [But Valorant will] definitely be a game I play a lot until a new game comes out,” Shroud said while in a queue for a Valorant match.

“Here’s what you guys don’t understand about going professional and playing a game at the top level. If you truly want to play at the top, you cannot stream your practices. That is just an easy way for people to creep on your strategy and how you’re gonna play. Granted, as much fun [as] playing a game professionally is, I can’t stream it at the same time.”

While Shroud was confident that Valorant will be “a top tier esport for a long time,” he added that he’s actually excited to see what Valve has in store for the next version of Counter-Strike with the Source 2 engine.

“You already know Valve is planning Source 2 integration when Valorant comes out. I will gladly play Counter-Strike on a brand new engine, that would be so fun,” said Shroud.

But after being asked about going pro one last time, Shroud further expounded on what it takes to be a professional player on the highest level.

“Being a professional player in any game is so inconsistent, that it’s just really mentally taxing. If you’re somebody with a big brand in the game, that doesn’t help your case, because it’s hard being consistently good in a team game,” Shroud said.

Shroud explained that, for someone to dedicate themselves as a pro, they must aim to reach the very top and perform on a consistent basis. He used Natus Vincere’s star CS:GO player, Oleksandr “S1mple” Kostyliev as an example of someone at the very top of CS:GO, and said that Kostyliev is often better than the rest of the pros. But they are, likewise, all basically on the same level. “For a team to win consistently, they need all five players to shine, which is rare in professional competition.”

Despite joining multiple online Valorant closed beta tournaments with other players who’ve decided to go pro, Shroud is still focused on streaming and playing multiple games, instead of dedicating himself to just one.

This is also the second time fans have asked Shroud about going pro in a new game. With Riot Games’ new competitive shooter being compared to CS:GO so often, his fans hoped the popular streamer would consider going pro, seeing how much time and effort Shroud has put into Valorant.