Make way for the queen. 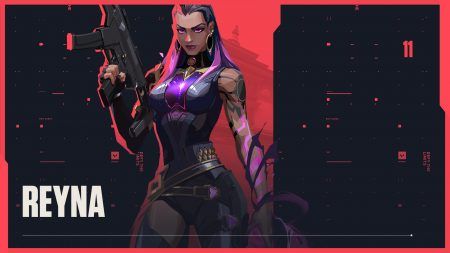 Excited Valorant fans can look forward to playing as a new agent and exploring a new map when the game officially launches tomorrow, June 2.

Over the weekend, Riot Games unveiled Reyna as the 11th agent in the eagerly anticipated FPS title.

First, Reyna can get the upper hand on any nearby enemies by casting an orb that will temporarily blind them. She also collects Soul Orbs from enemies that she kills, using them to either regenerate her health or turn invulnerable (but unable to shoot) for a few seconds.

Reyna’s Ultimate is called Empress, an ability that boosts her rate of fire while decreasing reload times. The Ult also briefly enhances her Soul Orb skills.

Riot also cleverly teased a new environment in Reyna’s preview clip, hinting at the fourth map that Valorant players will be included upon Valorant’s official launch. Few details have been officially announced about the game’s fourth map at the time of writing, however.

Valorant enjoyed a massively successful closed beta run from April 7 to May 28, drawing an audience of roughly 3 million players each day. Upon launch, however, all player accounts will be reset to give players around the world equal footing as they jump into the game.