Read this before you make the switch from Omen to Brimstone Riot Games has decided to make a big change in Valorant’s controller meta for its latest 2.0 patch.

If you’re an Omen main and this is the first time you’re learning about these changes, you’re going to want to sit down.

If you’re a Brimstone main, on the other hand, this is great for you.

Regardless of which agent you prefer, the fact is, once Epsiode 2 Act I drops you’re going to have to rethink who your main controller is.

Let’s first discuss Omen. What do teams need Omen for? Omen’s first and most important role is that he blocks the enemy’s vision with his Dark Cover smoke. Omen can also act as a defensive anchor at sites or set up entry plays with his Paranoia flash.

Unfortunately, both of these abilities have been nerfed by Riot in an attempt to balance out the controller meta.

The projectile speed of Omen’s Dark Cover smoke has been decreased by half. This means, if Omen’s teammates on the other side of the map ask for an immediate smoke, it will take twice as long for it to reach its destination.

The most impactful nerf to Omen’s kit is the increased cost of Paranoia from 200 to 400 credits. This will force Omen players to be more hesitant when using their Paranoia. This also means Omen will have to sacrifice another piece of utility in the buy-phase, especially when the team is on an eco round or a force-buy round, because 400 credits is a big price to pay.

Riot explained, “this brings Omen’s full utility price up to a level that’s more comparable with other Agents as well as making it more important to get value out of Paranoia when you cast it, so that big $400 chunk of cash isn’t wasted.” The Valorant devs wanted to put more pressure on players, instead of nerfing Paranoia’s mechanics altogether.

But what about Brimstone and his most recent buffs? Similar to Omen, Brimstone is supposed to block the enemy’s vision with his Sky Smokes. While Brimstone doesn’t have the best kit to anchor sites on defense, he can still slow down pushes with his Incendiary molly. There is also the Stim Beacon that increases weapon fire rate, which most players continue to overlook.

Now the main reason why you should consider switching to Brimstone is that his Sky Smokes have increased in duration from 14.25 to 19.25. That’s an additional 5 seconds to block off the enemy team’s vision. When it comes to smoking off defensive angles or preventing vision from high ground vantage points during retake situations, an additional 5 seconds on a smoke could be the deciding factor in a close round.

The Sky Smoke’s cast range has also been increased from 4,200 to 5,000, along with the removal of the audio cue opponents can hear when Brimstone is about to cast his smokes using his wrist band. Riot has also reduced the cost of his Incendiary molly from 300 to 200, and changed his Stim Beacon into a quick cast spell with no equip time.

As these new changes are only a few days old, we’ll have to wait and see which agent the community decides to move forward with in the controller meta. But we do expect to see Brimstone make more appearances in pubs and competitive matches.

Let’s compare both agents’ complete kits and see which one you should pick.

As previously mentioned, the most important ability these two agents use is smokes. Every team needs smokes, and while Omen can cast more Dark Cover smokes in the span of a round, Brimstone’s Sky Smokes last much longer which is perfect for both offense and defense.

In terms of utility, Brimstone’s Incendiary is useful, but it isn’t anywhere close to Omen’s Paranoia — even if it’s really expensive now. Then, we have Omen’s Shadowstep that presents different ways to outplay opponents. It’s a high-risk, high reward play that can win a round if done right, but it can also backfire horribly. Brimstone’s Stim Beacon has far less impact on the game, but at least you can’t kill yourself using it. Even so, Omen’s the one with the superior utility abilities.

Finally, we have their ultimates. Brimstone’s Orbital Strike is great for eliminating opponents in awkward positions on the map. It can even be used to secure the round in post-plant situations. Omen’s From the Shadows ultimate is great for quick rotations or flank plays, but its most common use is to gather information against the enemy team. For overall impact in a round, Brimstone’s Orbital Strike is better.

The ultimate takeaway Valorant players can get from this patch is that Brimstone has now become a viable option in any team composition, as all these new changes made to his kit can help you win more games. Does that mean Omen is obsolete? No, but we do expect to see a lot more Brimstone in pro play moving forward, so if you want to get a headstart on the new meta, now is the time to start practicing. 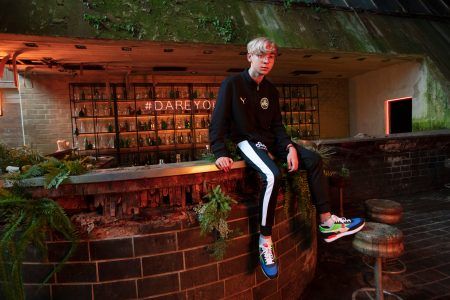 He’ll be back when “the time is right.”