Pyth says he’s been playing at least 12 hours a day. 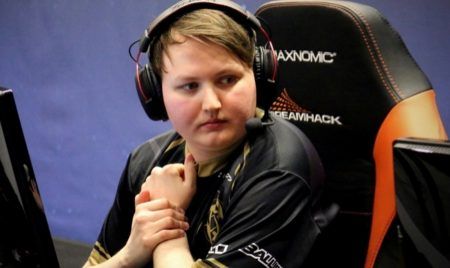 Swedish pro Jacob “pyth” Mourujärvi has announced he is retiring from Counter-Strike: Global Offensive (CS:GO) after nine years of playing the game competitively due to his newfound addiction to Valorant.

“I have found a new spark in the new game, Valorant, which I’m addicted to, this is a fresh start for me and I enjoy it very much and grind at least 12 hours a day with the goal to become one of the best players in the best team,” Pyth said in an announcement on his personal Twitter account.

“Every day I come in with a new mindset to improve and I wanna learn every little “trick” to be the best version of myself, I’m taking with me all my CS knowledge but I’m also learning new stuff in the game which makes it so much fun.”

Pyth first made a name for himself in CS:GO while playing with Absolute Legends back in 2013. He bounced around a number of teams until the end of 2015, when he joined Ninjas in Pyjamas (NiP), the team he found the most success with.

Pyth left NiP on May 2017 but has since struggled to replicate the success he enjoyed with his former team while playing under Digital Chaos and Vexed Gaming. His last outing in professional CS:GO was a short stint with Lilmix back in February.

“These past years after NiP I’ve felt that I have never managed to get back to the level I once was on, I never found a place where I felt I belonged and it has been hard to find the right groove with different projects, I have learned so much from all the mistakes but also taken with me the good stuff,” said pyth.

“Thank you everyone for your support during my CS days, it has been a lot of ups & downs supporting me, but I hope you all enjoyed it. But also big thanks to the ex-NiP currently Dignitas boys that gave me the chance to play with them and compete with them among the best, I’m so thankful for the opportunity.”

While pyth has not yet formally announced that he will be going pro in Valorant, he revealed that he has already formed a team and begun to practice. In addition, he also plans on streaming in the upcoming weeks on his Twitch channel.

While Valorant is still only a month into its closed beta phase, the hype surrounding the game has prompted players like pyth from other shooter games, such as CS:GO, Apex Legends, and Overwatch, to try their luck in its fledgling competitive scene before its expected rise to a top tier esport.