He’s come into his own. 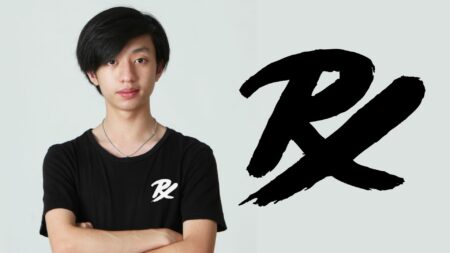 Born into a family that loves gaming, it seems like it was only a matter of time before Jason “f0rsakeN” Susanto became an esports pro.

He was known as the younger brother of CS:GO champion xccurate, but after the VCT SEA Playoffs this weekend, f0rsakeN has made a name for himself.

He first got into gaming because of his father, who worked as a computer technician.

“But it was my brother who invited me to start playing seriously,” f0rsakeN told ONE Esports. “When I saw my brother play, he was really good, so I decided to follow.”

He began playing competitively at the age of 12, getting his start in CS:GO like his brother. When Valorant made its debut, its call was irresistible to f0rsakeN.

It was a chance for him to make a name for himself.

At only 17 years old, he’s one of the youngest players at the VCT SEA Playoffs, playing for Singapore team Paper Rex. Even though Paper Rex didn’t qualify for the grand final, f0rsakeN at the very least, made an impression on the Valorant SEA scene.

f0rsakeN also realizes that he shares an IGN with another FPS player. “I was about to change my nickname,” f0rsakeN shared. “But then, my father told me not to change because I was already famous with this name. So, I followed his advice.”

His teammates on Paper Rex have nothing but praise for their youngest member.

“He has great ideas, he knows what he wants to do and he knows what he needs from us,” said Paper Rex’s Tommy. “He helps us and we help him quite a bit, with all the support, whatever he needs. He’s just a good player, one of the best in SEA right now.”

As for whether we’ll see the xccurate and f0rsakeN brother tandem in Valorant soon, f0rsakeN is open to the idea.

“Maybe. We make a better team in Valorant than we do on Counterstrike!” he laughed.

f0rsakeN and the rest of his Paper Rex squad are determined to keep improving. Stage 2 Challengers might be drawing to a close, but the team is looking ahead into Stage 3.

Even at a young age, f0rsakeN knows that he found his passion in esports. With his new home in Valorant, he’s no longer walking in the shadow of someone else.