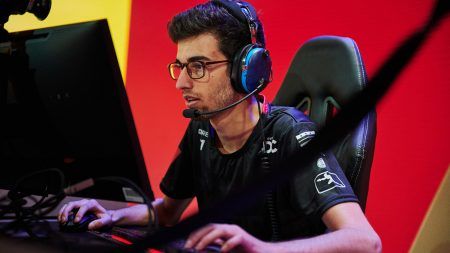 “This may come as a surprise to many of you and maybe not so much to a few, but my time with Overwatch has come to an end. I’ve officially retired from Overwatch […] I’m leaving to pursue a game that really hit home for me. Valorant,” Corey said in an announcement on his personal Twitter account.

Corey started his career in Overwatch in 2017, starting the year as a member of East Wind before joining Evil Geniuses (EG) in April. Corey became inactive after leaving EG in July then returned to the competitive scene in February 2018 with the Overwatch Contenders team Gladiators Legion.

When the Washington Justice was announced as one of the new franchises for the second season of the Overwatch League (OWL), Corey was among the first players to be revealed as a part of the team’s roster. He was later named the captain of the Justice, although the team only managed to place 17th in the regular season with an 8-20 record.

Corey’s crowning achievement in Overwatch would come during the 2019 OWWC in November of that year. He was part of the United States national team that defeated three-time OWWC champions South Korea, followed by China in the grand finals, to win the United States’ first-ever OWWC.

“It is surreal to think about all the moments I got to spend doing something that I truly loved and was able to share that with all of the fans. Being able to participate in the OWL is a milestone in my life that will live with me forever. I will never forget all the adoring fans cheering us on through thick and thin, always giving the support I needed to keep my head held high and focus forward. I cannot thank you all enough, and I hope you all support me in my next step in life,” said Corey.

“Corey, thank you for being an exceptional leader, a dedicated worker, and for always having a positive attitude. It has been a privilege having you on the team and we wish you the best,” the Washington Justice said in a statement.

With his move to Valorant, Corey said that he will be focusing on creating content for the game and streaming it on his Twitch channel.

While he has not yet officially stated that he will be going pro, Corey is expected to follow in the footsteps of fellow OWWC 2019 champion and 2019 OWL MVP, Jay “Sinatraa” Won, who made his move to Valorant at the end of April and joined Sentinels.

“When I was younger, I had the ambition to go pro in Counter-Strike (CS). Seeing Valorant as a hybrid between CS and OW, this looks like the game that was made for me. I’ll be pursuing all opportunities available to me and will start up hitting the grind […] Hopefully one day you will see me on stage again for Valorant,” said Corey.

Even if Valorant is still only a little over a month into its closed beta phase, the hype surrounding the game has been phenomenal. Big-name players from other shooter games like CS:GO, Apex Legends, and Overwatch are already trying their luck in Valorant’s fledgling competitive scene well ahead of its expected rise to a top tier esport.