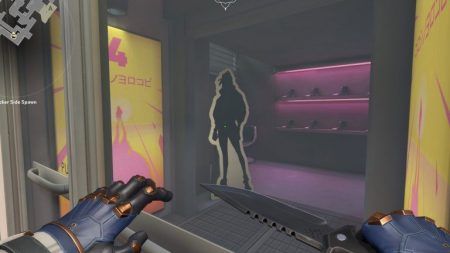 The leak included Killjoy’s character introduction and her entire agent ability skill set, including a detailed video demonstration of how they all work.

Although her skill set doesn’t really fit into Valorant’s already established agent roster that mirrored CS:GO, Killjoy is set to shake up the Valorant meta with her high tech gadgets that offer a lot of utility and damage capability

Based on her leaked abilities, Killjoy will be adding different strategies and play styles to Valorant. First, Killjoy’s Alarmbot ability can be used to attain enemy player location information. She introduces new combo opportunities with Sage’s Slow Orb, or with Sova’s wallbang antics using his Recon Bolt, as enemies will be taking “double damage from all sources”.

Her Turret could also act as an enemy detector in certain locations, and could be used to set up cross-fire angles for incoming enemies. Hopefully, her turret doesn’t also inflict the bullet tagging slow regular guns do, otherwise, this could make it extremely unfun to play against.

The Nanoswarm ability is similar to Phoenix’s Hot Hands, Brimstone’s Incendiary, and Viper’s Snake Bite; in that it could be used to clear corners and prevent opponents from pushing forward.

Killjoy’s final ability, Lockdown, feels like one you’d see in a MOBA, instead of in a first-person shooter. The ultimate is designed to attract the enemy team’s attention and could be utilized to clear entry points, or to help in pre and post spike plant situations.

Killjoy will be released once Act II begins, which is sometime after Valorant’s Battle Pass ends on August 4.