Is Valorant coming to consoles?

“If we feel like we can deliver this experience on those platforms, we absolutely will.” 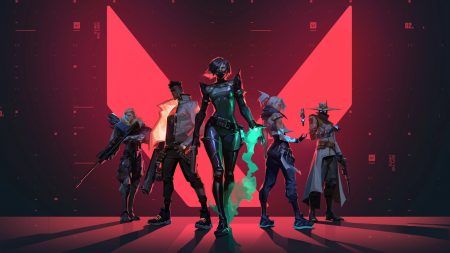 Riot Games officially launched Valorant last week, much to the delight of FPS fans worldwide who have been eagerly anticipating the already highly-lauded tactical shooter.

If there’s one thing gamers can complain about, however, it’s that Valorant is only available on PC — at least for now.

Asked about the possibility of releasing Valorant for the Sony PlayStation, Microsoft Xbox, and Nintendo Switch platforms, Riot Games shared some encouraging — if still limited — words about their plans for their barely-a-week-old smash hit.

“We are definitely prototyping [Valorant for consoles] right now,” said Anna Donlon, Valorant’s Executive Producer in an interview with GameSpot. “But there’s a way to play … and experience this game that we’re not entirely sure translates completely to console play.”

“If we feel like we can deliver this experience on those platforms, we absolutely will.”

Donlon made it clear that Riot’s priority is to establish Valorant’s positive reputation through a “strong level of competitive integrity.” They are, after all, off to a hot start. Following a successful closed beta run between April and May, Valorant continues to gain steam as the projected new frontrunner in the FPS esports genre.

Right now, the developers’ focus is on making sure that no player gets any unfair advantage in the game. Playing across different platforms may compromise the level of competition. Considering Valorant’s aiming and ability mechanics, players who rely on controllers may have trouble matching up against players using mouse-and-keyboard rigs.

This likely means console gamers will have to wait a while until they can play Valorant on their machines of choice.

“If we were to do it, it’ll definitely be delayed,” Donlon confirmed. But if it’s any consolation, she was careful with her words.