T1 has high hopes for the Valorant esports scene. 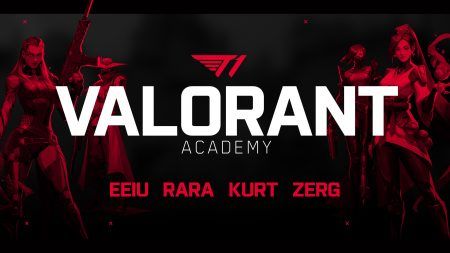 ZerG is the most notable name on the roster, previously playing for T1’s Apex Legends team. He is also known for his time in competitive Overwatch, playing with the Philadelphia Fusion’s Academy team, and for destroying Overwatch streamer, Brian “Kephrii” St. Pierre, in a Widowmaker match up when he was just 14-years-old.

Along with these signing, T1 has signed a total of nine players over the past few months. For its main roster, along with Brax, T1 added Keven “AZK” Larivière, Austin “crashies” Roberts, Victor “food” Wong, and Tyler “Skadoodle” Latham. The organization also signed Daniel “fRod” Montaner as head coach.

While Riot has remained silent about Valorant’s esports future and has yet to announce anything which resembles an official league, T1, appears to have high hopes for the Valorant esports scene. Its track record boasts one of the most successful League of Legends teams, a game also developed by Riot.