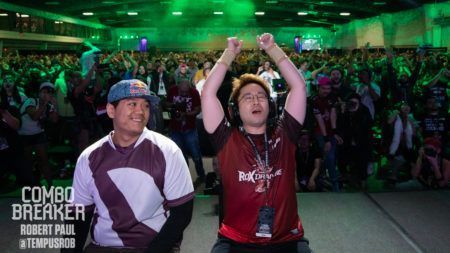 The Tekken 7 Grand Finals at Combo Breaker 2019 ended in one of the most unlikely ways possible.

Knee took an early lead in the last set, but Anakin leveled things out, and the entire tournament came down to one final game.

Up 2-0, Knee looked to close things out but Anakin wouldn’t make it easy. With time running out and both fighters on low health, it was anyone’s game. However a crucial low-parry by Knee into a big juggle combo left Anakin with just a sliver of life left. Knee tried to end with it a running tackle but Anakin managed to escape it. Rather than risk everything again, this time Knee simply backed away for the win and the tournament trophy.