The best of South Africa go head to head in this challenger event. 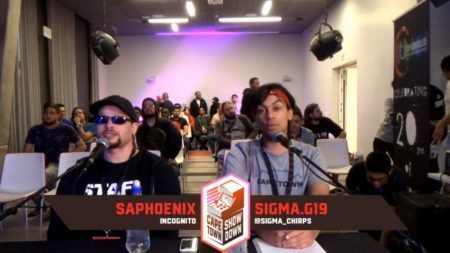 Although Thai player Di “Friki” Lhong was crowned champion of the Tekken Challenger event, Cape Town Showdown 7 also shined the spotlight on the world-class players of South Africa. Here are some of our favorite plays from CTS7.

Zahraa “Iron-Fist” Khan was a femme fatale against Kay. In the first round, Iron-Fist juggled the Jin player with a Snake Edge. At the end of her first combo, she initiated a stylish unblockable move. Although Kay tried to slide for some damage, the Lili player punished his attempt with a short combo. With one final running bash, Iron-Fist easily got a perfect round.

Kay eventually had his revenge in the third game. With both players in the red, Iron-Fist tried to close out the round with a Rage Art, but Kay snuck a running punch to secure another knockout.

Kylan “Joker” Pather was a showboat during his match against Farouk “DAXPT” Suleman. The Eliza player initiated an unblockable move with a follow-up command grab, claiming a well-deserved perfect round.

WB “Paashaas” Viljoen had a close call against his match-up with Umar “DonUmar” Bradlow. When DonUmar missed grab opportunity, PaasHass went straight into Razor Rush to keep DonUmar from jabbing. With just a single jab from DonUmar, PaasHass caught him in the last hit of Razor Rush, beating him to the literal punch.

DonUmar was not pleased by PaasHaas’s panic moves. With a more defensive and counter-hit playstyle, the Armor King player destroyed PaasHass with a mid-air Jaguar Bomb and a shoulder bash.

Although “CydoniaAngel” Beukes ultimately lost both of his games against Austin “Spaghetti” Carolus, he had one lucky clash against the Alisa player. In the next highlight clip, both players initiated Rage moves to finish the round.

With less than 10% of his life left, Iggy made an incredible comeback against Iron-Fist. By catching Iron Fist’s sidestep with a well-timed Rage Drive, the Dragunov player sent the player flying into a screw and finished her off with a quick jab combo.

In his match against Mawira “DarkTempest” Nyaga, DAXPT made use of Jin’s command throw to gain a health advantage. With only a few hits away from a loss, DarkTempest backdashed away to create some space. This allowed DAXPT to run and tackle the Katarina player. On the ground, DAXPT went all in, finishing all four punches and ending the round with an amazing armbar.