Mishima mains, patch 3.30 is the update you’ve been waiting for

Make way for the Mishima boys. 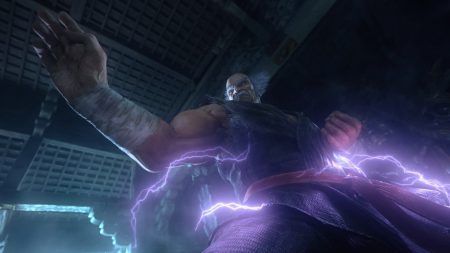 Along with the release of new character, Fahkumram, Tekken 7’s patch 3.30 also includes quite a few buffs for some of the game’s most notorious characters.

A few significant buffs were made to Mishima-style characters, Heihachi, Kazuya, and Devil Jin. Their unique move, Electric Wind God Fist (EWGF), now has a shortened recovery time on a miss (-3 frames), which should make the EWGF a deadly, yet safe tool for keep-out.

The notorious hellsweep now has increased tracking, giving Mishima players (except Heihachi) a stronger mix-up game. Most players will now have to resort to blocking the low move rather than side-walking.

Aside from the Mishimas, Hwoarang, Nina, and Anna received multiple buffs to their stance-based moves such as reduced frames and increased damage.

For more information, you can check out the official patch notes here.

READ MORE: Fahkumram has been out for a day and he already has an unstoppable death combo