Is this Leroy Smith all over again? 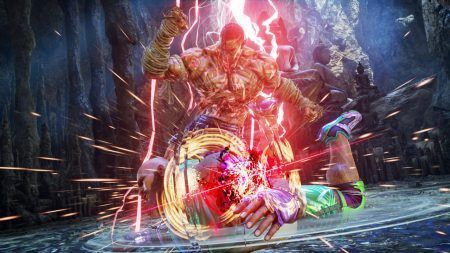 Despite only being available for less than 24 hours, Tekken 7’s newest DLC character, Fahkumram, already looks pretty overpowered with players already discovering that he has an unstoppable death combo.

Twitter user, AboveHuman, first posted a clip of the death combo, which uses a Rage-mode Fahkumram on the Howard Estate stage.

After the first wall break, he inputs some incredible keep-up juggles, saving his screw for the second wall break.

He then utilizes the screw to bring his opponent to the third wall break. For the final blow, Fahkumram lets out one of his various Rage Drives to finish off the opponent, dealing 170 damage (the exact HP amount of a character).

Although his damage seems justified with how many moves are required for the combo, we expect Bandai Namco may tweak Fahkumram’s knockback to make him less deadly on the Tekken World Tour.