Book: ‘Fahkumram will be a headache’

The Evo Japan champion thinks Fahkumram will probably be nerfed. 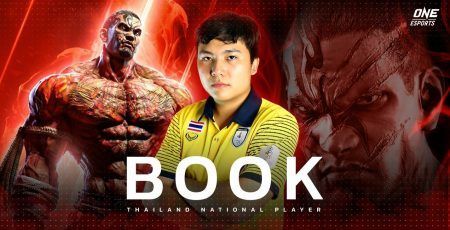 “Fahkumram is a fun character to play. As a Muay Thai-style character, there are ways to make combos that are fun and varied,” Book told ONE Esports. “With many alternative button inputs to choose from, the player gets to decide whether the next hit will be high, mid, or low.”

The Talon Esports player also added that Fahkumram’s attacks are very strong, but he thinks that this is because Bandai Namco wants people to try him out and provide feedback on how to balance him properly.

“At this time, I have no plans of changing my style of play. After trying him out for a day, I still can’t tell if he’s an S-tier character or not. As one of the larger characters in the roster with no sidewalking issues like Kuma and Marduk, he can be considered a viable tournament choice,” stated Book.

“Due to the current situation of COVID-19, I still have a lot of time to learn Fahkumram in preparation for the next tournament. Since no one has really seen Fahkumram in a professional setting, I think he will be a headache. Although he may have fast, pressuring attacks that give no room for retaliation, we’ll likely see a nerf to the character in the future,” Book concluded.

Fahkumram is currently available as part of the third Tekken 7 Season Pass or as an individual DLC.

READ MORE: Fahkumram has been out for one day and he already has an unstoppable death combo