The Singapore-based event saw players battling it out in various fighting games such as Tekken 7 and Super Smash Bros. Ultimate. 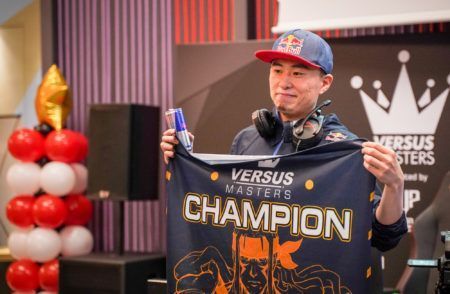 It was down to the wire for at the Street Fighter V: Arcade Edition grand finals at the Versus Masters 2019.

However, Xian bounced back, easily taking out Team Liquid’s Naoki “Nemo” Nemoto 3-1 before he had to face Bonchan again. For eventual winner Bonchan, it was his first win of the season, securing 200 Capcom Pro Tour points, and putting him in 10th place globally, while Xian’s 100 CPT points has him at 6th.

Organized by BEast of the East and presented by PVP Esports, the Singapore-based event took place at the Singtel Comcentre at the heart of the Orchard Road shopping belt and featured Japanese legends such as Hajime “Tokido” Taniguchi, Team Liquid’s Nemo and Ryota “John Takeuchi” Takeuchi, up-and-comer Huang “Yangmian” Yang Mian from China and local favorite Ho “Xian” Kun Xian battling it out for points in the Capcom Pro Tour.

Yangmian’s fourth place spot was certainly unexpected. The Chinese player’s Zeku had managed to eke the victory over Naoto “Sako” Sako’s Kage in a thrilling 3-2 match — Sako is known for his skill at executing hard-to-do combos and he had knocked out Tokido earlier as well — so Yangmian’s victory saw plenty of cheers. He eventually lost to Nemo, who had switched his usual Urien main for Kolin.