You don’t want to miss these highlights. 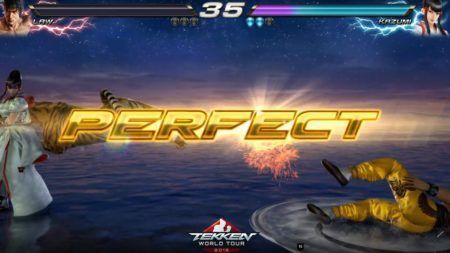 While the Tekken Masters tournament event at Fighting Games Challenge in Poland concluded with a victory for Kim “Kkokkoma” Mu-jong, there were plenty of other highlights from the weekend. Here are some of our favorites.

Kim “CherryBerryMango” Jaehyun put the E in EWGF (Electric Wind God Fist) in this insane highlight. His opponent, Haji “Gosain” Saab, couldn’t do anything against CBM’s electrifying combos, giving CBM a perfect round.

In the next round, Gosain showed off his own abilities with this combo with a magic 4 counter hit followed by a daring mix-up to end the round, with a fake flip and then a slide to finish.

Kane “Kaneandtrench” Heartfield is one of the best Noctis players around, making this round against Vincent “Super Akouma” Homan’s deadly Akuma look like a game of Soul Calibur.

This incredible comeback from Nuno “Chickenmaru” Barbosa against Takumi “Noroma” Hamasaki started with a swift stance uppercut, followed by some deadly damage after the wall break.

Kkokkoma showed off why he’s one of the best Kazumi’s in the world in this perfect round against Gosain, highlighted by some outstanding spacing and a well-timed tiger pounce.

Super Akouma showed off the damage potential of Akuma with this ridiculous full EX gauge double hadouken combo to eliminate CBM from the tournament.

Noroma isn’t just a world-class Jack-7. In this clip he showcased his Dragunov skills, which included a clutch down 2 to beat Sephiblack’s Rage Art to end the round.