The best of the Tekken world, all on one stage. 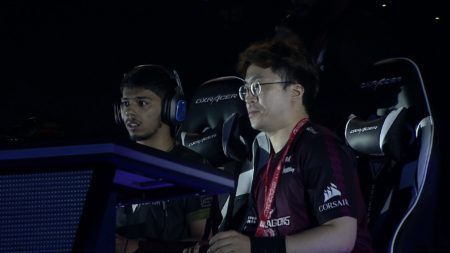 While Arslan “Arslan Ash” Siddique dominated an all-star Evo 2019 and proved himself as the best Tekken player in the world right now, there were plenty of amazing highlights from the rest of the field.

The intense rivalry between Arslan and Bae “Knee” Jaemin found an early outlet in winners semifinals.

The two players were on top form and showed us how good Tekken can get.

In the first highlight, Knee executed an extended wall combo into a wall break. With more air time, the Tekken God sent the Pakistani prodigy to another wall, laying down a few more hits to finish the round.

Later on in the game, Arslan got his own revenge, punishing Knee’s meter-burn attempt with a quick juggle that sent the ROX Dragon member to the loser’s bracket.

After losing a round to LowHigh, Nobi shredded LowHigh’s health, tying up the scoreboard with a perfect round.

LowHigh quickly replied with his own perfect round against Nobi.

The Steve player won six straight rounds against Chikurin. In the first highlight, Noroma took a sidestep to evade Chikurin’s kick and ended the round with a deadly Rage Drive.

Even when Chikurin managed to fight back, Noroma always found a way to make a comeback. In their last round together, Noroma utilized his Rage Drive once and sent the Geese player flying to the wall, ending their series with an overhead punch.

Nobi and Knee were on equal ground in their Steve mirror match. Although Knee eventually defeated the Japanese pro, Nobi still had a standout moment against the Tekken God.

In the second round, Knee tried to finish off Nobi with a Rage Art, but Nobi had enough time to duck under his RA punch and punished him with a quick uppercut and jab combo.

Noroma took an early lead, but Take refused to go down without a fight, pulling off an incredible comeback.

Our new Evo champ Arslan Ash showed us his incredible reading skills in the next highlight play.

In the losers final, Anakin went on a rampage against Knee, getting a big launcher and sending the Tekken God to the wall.

After the wall, Anakin hit Knee with some quick lows and ended the almost-perfect round with a fast 2-punch combo.