The game will keep focusing on video game characters to honor the vision of late Nintendo president Satoru Iwata. 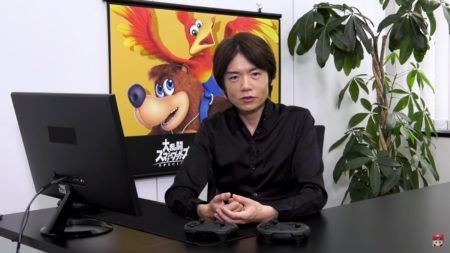 He specified Dragon Ball protagonist Son Goku and Marvel Comics superhero Iron Man as examples of the types of characters that will not be featured in the popular Nintendo fighting game.

“I get all these kinds of requests from abroad like ‘Where is my [beloved] Iron Man?’ or ‘where is my beloved Goku?’ However, basically (Smash) will only have content from video games in it,” according to Sakurai as translated by journalist PushDustIn on Twitter.

Sakurai addressed the issue as he delivered a speech to accept the Grand Award in the 2019 Japan Game Awards for Super Smash Bros. Ultimate. The title also bagged two other awards, namely, Best Sales Award and Global Award Japanese Product.

The 2019 Japan Game Awards was one of the highlights of the this year’s Tokyo Game Show.

In his speech, Sakurai also paid tribute to the late Nintendo president Satoru Iwata, claiming that all the hard work he puts into the game is in honor of Iwata’s legacy in the video game industry.