This was one of the best performances ever by the Singaporean pro. 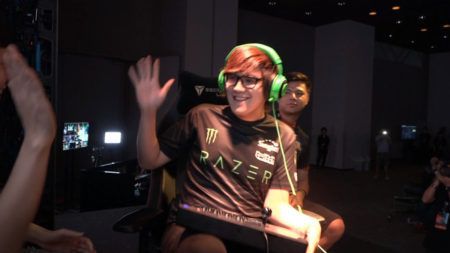 With both teams knocked down to the lower bracket in the ONE Street Fighter Tokyo Challenge, Team All-Stars managed to get an unbelievable comeback win thanks to an amazing performance from Kun Xian “Xian” Ho who singlehandedly won the match for his team.

Next was Arubi “RB” Kao, who managed to clutch out his match against Jonny Lai “HumanBomb” Cheng.

But Xian wasn’t going to let his team get eliminated from the competition. First, he defeated Bruce “GamerBee” Hsiang thanks to his amazing defense.

Next, he was able to stay alive against the aggressive playstyle of Oil King. Xian was able to win the second game with barely a pixel of health left.

In the last game, Xian pulled off an unbelievable comeback win against Oil King, thanks to his tricky Fuma Shuriken mixups.

Xian was able to complete the reverse sweep against Team Taiwan when he defeated RB in two quick rounds.