Is there anyone cooler under pressure than The Beast? 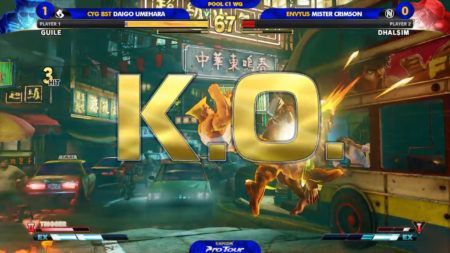 Day 1 of CEO 2019 began yesterday, and all the best players around the world have gathered at Daytona Beach, Florida to battle it out in Street Fighter V.

One of the best matches so far came from the legend, Daigo “The Beast” Umehara, as he took on Nathan “Mister Crimson” Massol from France.

With both men exchanging blows until they were just inches from death, Mister Crimson bet it all on an instant overhead that connected but was not enough to put Daigo away.

READ ALSO: The GafroBox: The banned tech that made Daigo ditch his arcade stick