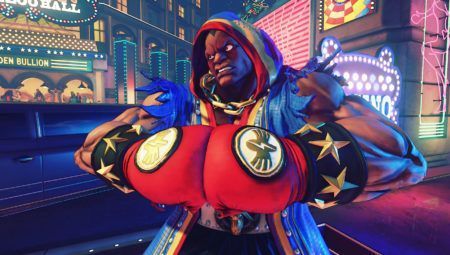 If he floats like a butterfly and stings like a bee, is he Balrog from Street Fighter?

The answer, like Sagat’s real life counterpart, is kind of complicated. The muscular American boxer may seem quite familiar to boxing fans — after all, he’s loosely based on Mike Tyson, sporting similar cornrows the boxer had at the time Street Fighter II was released.

Thankfully though, despite Balrog’s more brutish character in game, he doesn’t quite have an ear-biting moveset, though he does headbutt his opponents instead.

So the next question to ask is why doesn’t Balrog actually have a name similar to Tyson? After all, Sagat shares the same name as his real world alter ego, so why not Balrog you ask. Well, he does — in Japan.

Balrog first appeared in Street Fighter II when the game was released in Japan. Known there as Mike Bison, or M. Bison, Capcom changed the name for the US release due to fears of a lawsuit from Tyson given the similarities in likeness and a similar sounding name.

Instead of renaming the boxer, Capcom did a name swap, giving him the name Balrog, which was the original name of what you now know as Vega, a Spanish assassin and bullfighter, while giving M. Bison over to the evil big bad boss of Shadaloo, who, you guessed it, was originally Vega.

If you’re like me and grew up on the Japanese version of the game, you’d probably got mightily confused when you played the US versions Street Fighter games (I still do today).

Capcom, in all of its collective wisdom and glory, decided to keep the Japanese names intact for the Japanese version even today, which makes me wonder if pro Japanese players ever suffer from the same confusion when competing in the US.