The GafroBox: The banned tech that made Daigo ditch his arcade stick

And why Capcom should unban it. 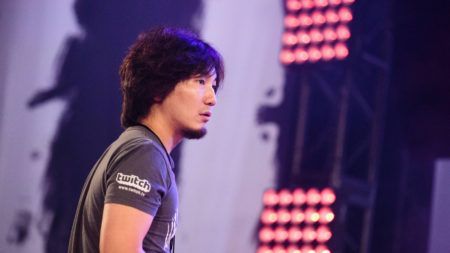 Daigo “The Beast” Umehara is the Michael Jordan of fighting games. He’s one of the “Japanese Five Gods“, he’s a multiple-time EVO champion, a Guinness World Record holder, and the hero of “The Parry“. For many in the fighting game community, he’s the greatest of all time.

All of these accolades were achieved using the same style of controller — a ball-top arcade stick with an eight button setup. For over twenty years, Daigo has used essentially the same controller. But in May this year, he abandoned it for a controversial new controller: The GafroBox.

And less than a month later, Capcom banned it.

Just days before last month’s Combo Breaker, Capcom announced that the “controller gives the competition an advantage that does not follow the spirit of the CPT” and banned its use at the tournament.

At Combo Breaker, Daigo was forced to play with his old arcade stick and finished 17th.

The GafroBox is a type of controller known as a Hit Box. Hit Box controllers, named after the company that first made them, have been around for nearly a decade but only recently became popular in Street Fighter after a few well-known pros like Keita “Fuudo” Ai and Daigo started experimenting with them. While Hit Box still makes its own controllers, there are quite a few custom makers that also make their own versions.

The Hit Box removes the traditional joystick, replacing it with buttons that handle directional inputs. In the above image, the three smaller red buttons handle left, down, and right, while the big red button at the bottom replaces up (it’s positioned there to mimic a spacebar on a keyboard).

Hit Boxes themselves are controversial because this setup allows you to input directional moves like a Dragon Punch faster than you could with a joystick because you can press all three direction inputs at the same time.

Furthermore, it was quickly discovered that some games weren’t equipped to handle the way a Hit Box could input simultaneous opposite cardinal direction — commonly referred to as SOCD.

SOCD isn’t possible with an arcade stick because you can only pull the stick in one direction at a time, but with a Hit Box you can hold down both forward and back simultaneously. Games like Marvel vs Capcom 3 would register both inputs at the same time, so players using a Hit Box could block in both directions at the same time.

To avoid this problem, most Hit Boxes contain what is known as an SOCD Cleaner, which uses an algorithm to clean up the multiple inputs and provide consistent output.

The most common SOCD Cleaner defaults the output to neutral if you hold two opposing directions at the same time. However there’s another type of SOCD Cleaner called “Last Win”, and this is what got Daigo’s Hit Box banned.

Daigo’s GafroBox controller is a custom Hit Box, named after its designer, fellow SFV pro, Yusuke “Gafro” Hoshino. The key difference in Gafro’s Hit Box is that it uses a “Last Win” SOCD Cleaner, which differs in the way it handles SOCD by defaulting to whatever button was held down last.

Using his GafroBox, Daigo showed off how fast he can activate Guile’s Critical Art, which requires holding back for two seconds, then forward, back, forward, and pressing punch, by just holding down the back button then tapping the forward button twice and punch.

Regular Sonic Booms can also be spammed faster because you never have to release the back button, which allows you to instantly start charging again as soon as the first Sonic Boom gets thrown out.

The GafroBox has been legal in Capcom’s tournaments since Gafro first started using it a few years ago, but Daigo’s recent video footage almost certainly got it banned.

But was Capcom wrong to ban it?

The argument to unban the GafroBox

Capcom said that the GafroBox provides an unfair advantage, but does it really?

Before being banned, no pro using any type of Hit Box controller, let alone a GafroBox, had ever won a major CPT event. Gafro has been using his for years, and has only seen middling success, with his best tournament finish being a fifth place at Topanga League’s Tournament of Champions last year. If the GafroBox was really that unfair, why aren’t all the pros using it?

Daigo was using his GafroBox for a few weeks before Combo Breaker, and was streaming his games online. He won a lot of games, but he lost a lot too, he didn’t suddenly become unbeatable with it. If the GafroBox was never banned, would Daigo have won Combo Breaker because of his new unfair tech? Now we’ll never know.

Capcom needed to wait until there was proof that the GafroBox provides an unfair advantage before knee-jerk banning it.

Should the PS4 controller also be banned?

Whether you think the GafroBox is unfair or not, there’s an even bigger issue to consider: Everything you can do on a GafroBox, you can do on a standard PlayStation 4 controller.

Yes, the exact same unfair technology that Capcom called “against the spirit of the CPT” is already inside every single PlayStation 4 controller.

The PlayStation 4 controller has both an analog stick and a D-pad and also uses a “Last Win” SOCD Cleaner. You can hold down back on the analog stick, and press forward on the D-pad to achieve the exact same effect you get on a GafroBox.

If Capcom wants to ban the GafroBox based on its ability to hold back and forward at the same time, it also needs to ban the PS4 controller.

Of course, it won’t because the best Street Fighter V pro on the planet, and the current CPT global points leader, Victor “Punk” Woodley uses a PS4 controller.

After the ban was announced, Daigo shared his own thoughts on the situation. He said that he feels the fighting game community has a bias towards arcade sticks because that was the original way to play fighting games, and paying homage to that is important. But he believes that “it’s not that the input method should be arcade sticks, but that we only had that method.”

Daigo also believes that to grow as a community, and to attract more people to fighting games, it’s important that there are choices for new players to use, and they’re not just forced into using an arcade stick.

The CPT continues this weekend at the Taipei Major. The GafroBox remains banned from the event, as well as indefinitely for all future CPT events.