Hotdog29 is now number five in the CPT global rankings. 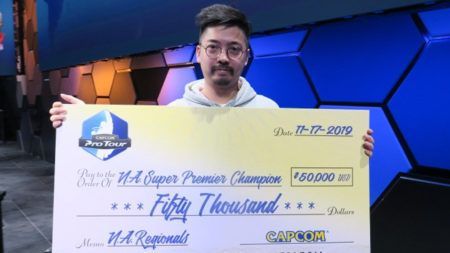 The tournament was stacked with many of the world’s best Street Fighter V players looking for last-minute points to qualify for the year-end Capcom Cup.

After dropping the first game, NuckleDu decided to switch to Cammy. NuckleDu’s switch meant he could be more aggressive and was always on the attack.

NuckleDu kept pressuring Hotdog29 with pokes and throws, and took the next three games in a row, taking the first set 3-1, and resetting the series.

In the second set, despite losing three games in a row, Hotdog regrouped and managed to stop NuckleDu’s momentum by taking the first game 2-0.

Facing tournament point, and with his Cammy figured out, NuckleDu decided to make one last character switch to G.

With game four tied 1-1, the final round came down to the wire with both fighters low on life. However, a super aggressive Hotdog went for a risky double Psycho Axe string that caught NuckleDu pushing buttons and Hotdog finished it with a Psycho Inferno to take the 3-1 victory.

For his first-place finish at NA Regional Open, Hotdog29 earned a massive US$50,000 and 1,000 Capcom Pro Tour points, catapulting him up to fifth-place on the Global Leaderboard.